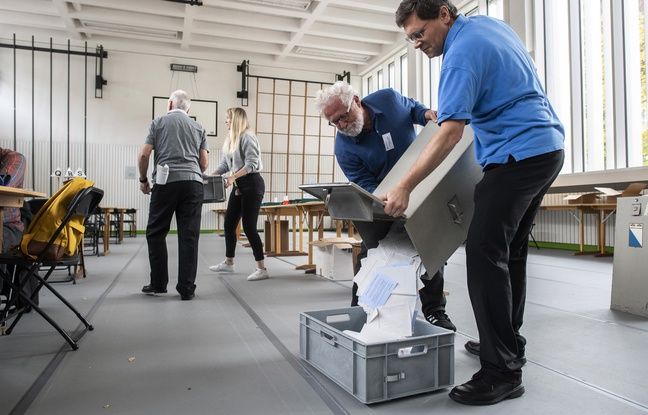 Despite its adoption in mid-December by the Swiss Parliament, the Swiss will have to vote at the ballot box on “marriage for all”, its opponents having gathered the necessary signatures to request a referendum, the authorities said on Tuesday.

If the laws passed by Parliament normally enter into force without the people being called upon to vote, a referendum is possible in particular when the citizens who oppose certain decisions collect 50,000 valid signatures within 100 days of the official publication. of the act.

A law approved by Parliament in mid-December

Several years after many other Western European countries, the Swiss parliament on December 18 approved the bill authorizing marriage for same-sex couples. But his opponents, including representatives of the right-wing populist party UDC (first Swiss party) and the Federal Democratic Union (UDF), a small formation that defends Christian values, had warned that they would launch a referendum.

For the SVP, it is thus “intolerable to want to place marriage on an equal footing with any form of cohabitation”. The referendum request has collected more than 61,000 valid signatures, the Federal Chancellery said in a statement, so the Swiss will have to vote on the subject.

The date of the vote has not yet been set, as the Swiss usually vote 3 or 4 times a year on a multitude of subjects, as provided for in the Swiss system of direct democracy. The adoption at the end of December of civil marriage for all has its origins in a project tabled by the Vert’liberals in 2013, and is the result of a long parliamentary battle.

The adopted text allows homosexuals and lesbians to unite and for the latter to have access to sperm donation, one of the most controversial points. However, it does not include surrogacy, which could allow male couples to have children. Until now, same-sex couples could enter into “registered partnerships” that did not give them the same rights as a marriage.