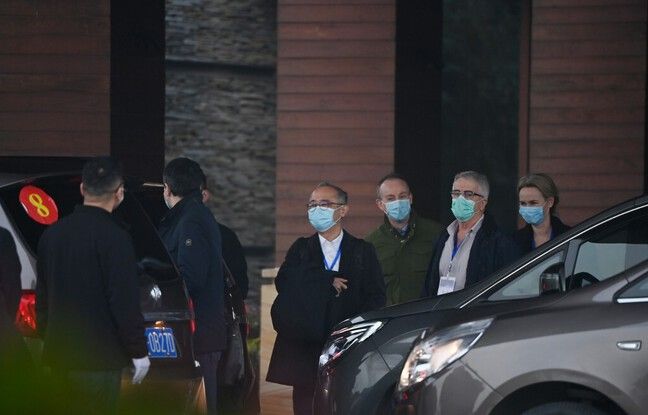 Arrived a few weeks ago in Wuhan, China, to investigate the origin of the coronavirus epidemic, WHO experts dismissed the thesis of the laboratory leak on Thursday, the head of the group believing that it was a “great script” for a movie.

A dozen researchers from the World Health Organization (WHO) arrived in China last month to investigate the appearance of Covid-19.

The P4 laboratory at the heart of the investigation

The team went to the Wuhan Institute of Virology in central China on Wednesday, accused, in particular by former US President Donald Trump, of having released the virus from one of its laboratories, accidentally or not. It is so far the most controversial site visited by the delegation. “If we start tracking and chasing ghosts here and there, we’ll never get anywhere,” said Peter Ben Embarek, the chief expert.

However, the visit to the Institute was “an important step [pour] understand where these stories come from ”, according to this food safety specialist, stationed in Beijing for the WHO in the early 2010. Since 2012, the Wuhan Institute of Virology has had a high-security P3 laboratory ( for “class 3 pathogen”) which studies many viruses, in particular coronaviruses. The establishment also has a P4 (for even more dangerous pathogens). A laboratory with even greater security, which can house strains like Ebola, and which the WHO was able to visit.

Peter Ben Embarek affirms to have had with his Chinese interlocutors “very frank discussions”, useful “to understand” their position on “a certain number of statements seen and read in the media”. Before returning his apron as head of American diplomacy, Mike Pompeo had again pointed the finger at the Institute in mid-January. However, no proof has so far come to support this hypothesis.

All these conjectures would make “excellent scenarios for films and series”, believes the head of the WHO experts, however promising to “follow the science and the facts” to draw a final conclusion on the origin of the pandemic . The delegation is due to complete its mission in Wuhan next week, according to Peter Ben Embarek. “We will not have complete answers on the origin of the virus, but it will be a good first step,” he warns.