The threshold of 500,000 deaths exceeded, a “heartbreaking” record, according to Joe Biden 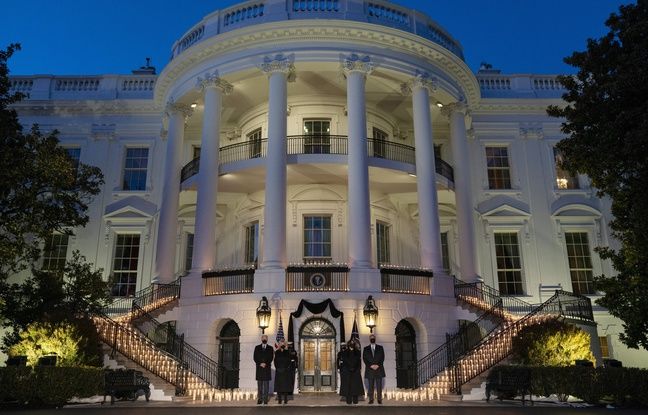 That’s a higher figure than the number of Americans killed at the front lines in the two World Wars and Vietnam combined. The toll of the Covid-19 epidemic in the United States, which exceeded 500,000 dead on Monday, is “heartbreaking”, US President Joe Biden said in a moving speech from the White House.

Tune in as President Biden delivers remarks and observes a moment of silence for the lives lost to COVID-19. https://t.co/5oNg5jahuS

“We must resist the temptation to see each life as a statistic (…) We must do it to honor the dead,” he added as he was about to observe a minute of silence in the presence of his wife Jill Biden, Vice President Kamala Harris and her husband Doug Emhoff. “I also ask that we take action, that we remain vigilant, that we keep our distance, that we wear masks, that we get vaccinated,” he added.

France not far behind per capita

After the speech, the two couples of the American executive appeared in front of the White House, where they meditated for a few moments, first silent then accompanied in this tribute by the very popular hymn “Amazing Grace”, played by a marine orchestra.

Joe Biden then signed himself, surrounded by 500 candles to symbolize the 500,000 dead arranged on the balcony of the White House and on the stairs leading to it, before disappearing from view and the cameras.