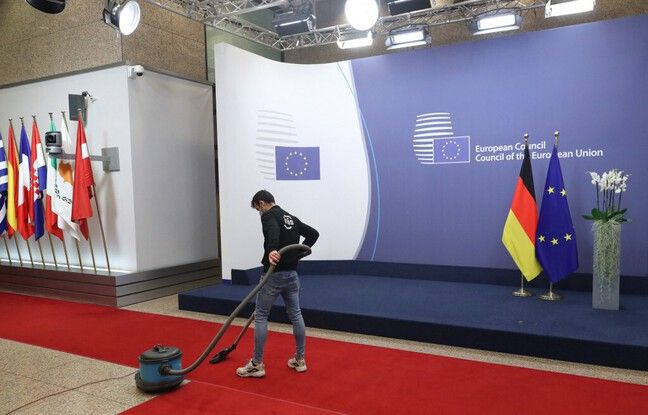 European leaders will try this Thursday at a virtual summit to display a common strategy in the face of the threat of variants of the coronavirus. The leaders of the Twenty-Seven meet by videoconference from 2 p.m. Concerned, ten EU countries have adopted restrictions on their borders. The European Commission has summoned six of them to explain themselves on the restrictions of movement which it considers disproportionate, fearing dysfunctions of production chains.

Among them are Belgium, which prohibits all non-essential travel, and Germany, which filters crossings with the Czech Republic, Slovakia and the Austrian Tyrol. “The coordination is complicated because for the leaders, the priority is to protect their population”, observes a senior European official, who expects “animated discussions”. The Twenty-Seven had initially promised to adopt only “proportionate” and “non-discriminatory” measures. But the variants have changed the situation.

No decision on the “vaccine passport”

They “arouse a legitimate nervousness and prudence: for some governments, the reflex – sometimes the most convenient – is to close the borders”, admits a diplomat, for whom the summit must “recall the rules that are s. ‘is collectively donated’. According to draft conclusions, European leaders plan to reaffirm that “the unhindered flow of goods and services within the single market must be guaranteed”.

However, nothing should be decided on a European vaccination certificate, intended to facilitate travel within the EU, according to corroborating sources. Especially at a time when vaccination campaigns remain slowed down by failed deliveries from laboratories. To mention this certificate when only 4.2% of Europeans have received at least one dose has “no meaning”, scolds a diplomat. “What can you do with it?” Go to a concert, take a plane, vacation in Spain? When 95% of people do not have access to the vaccine, it is confrontational and problematic. “

And to note that it is not yet established that being vaccinated prevents infecting other people. “All the States agree to work on a document which will ensure that you have been vaccinated (…) Some, very dependent on tourism, want to make it a means of facilitating the arrival of visitors this summer”, but “we must move forward together, ”said another diplomat. The leaders could be satisfied with “calling for pursuing a common approach”, by promising “to return to this subject”.

The heads of state and government of the EU will also look into the supply of vaccines to third countries: French President Emmanuel Macron has therefore proposed that Europe and the United States deliver “as quickly as possible” 13 million doses of vaccines to Africa for the continent to vaccinate its 6.5 million caregivers. In Brussels, it is recalled that member states are free, on a voluntary basis, to donate their doses to other countries – alongside the international Covax system supported by the EU and which has just delivered its first free vaccines to Ghana. .