The two attackers killed in the attack on a cathedral 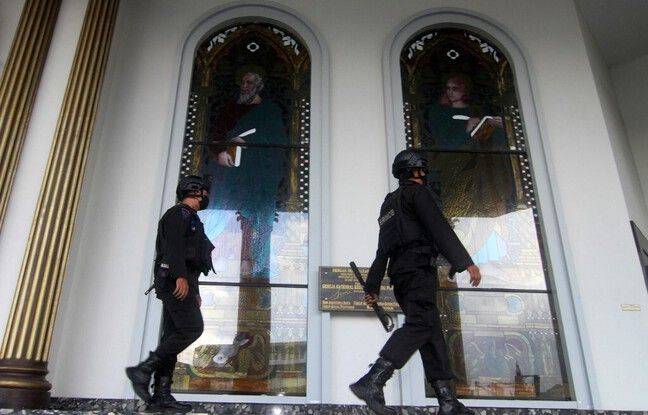 A suicide attack targeted Makassar Cathedral in eastern Indonesia on Sunday, leaving at least 20 injured, the head of state denouncing this new attack on a church in this predominantly Muslim country.

The two attackers behind the powerful explosion were killed as they entered the church compound in the town of Makassar on the island of Sulawesi on motorbikes, authorities said. “The attack was indeed” a suicide bombing, confirmed the coordinating Minister of Security Mahfud MD. The exterior of the southern building on Celebes Island was littered with pieces of human bodies as a result of the powerful blast that occurred around 10:30 a.m.

The attack, described as an “act of terror” by the president of the country Joko Widodo, occurred after Palm Sunday in this predominantly Muslim country, the most populous in the world where churches have, in the past, already been the target of extremists. “Terrorism is a crime against humanity”, declared the head of state. “I call on everyone to fight against terrorism and radicalism, which are contrary to religious values. “

“Two people were riding motorcycles when the explosion occurred at the main gate of the church, the attackers were trying to enter the perimeter of the church,” said national police spokesman Argo Yuwono. “There are a lot of pieces of human bodies near the church and also in the street,” said Mohammad Ramdhan, the mayor of this port city of 1.5 million inhabitants.

Mass ended at the time of the explosion

A witness for his part spoke of a “very strong” explosion. “There were several people injured in the street. I helped a woman who was injured and covered in blood, ”said another witness. “Her grandson was also injured. Police said a security guard tried to prevent the motorcycle from entering the perimeter of the Sacred Heart of Jesus Cathedral, seat of the Archdiocese of Makassar just before the blast.

Palm Sunday marks the entry of Jesus Christ into Jerusalem, according to Christian tradition, at the start of Holy Week leading up to Easter. “We had finished mass and people were going home when it happened,” Priest Wilhelmus Tulak told reporters.