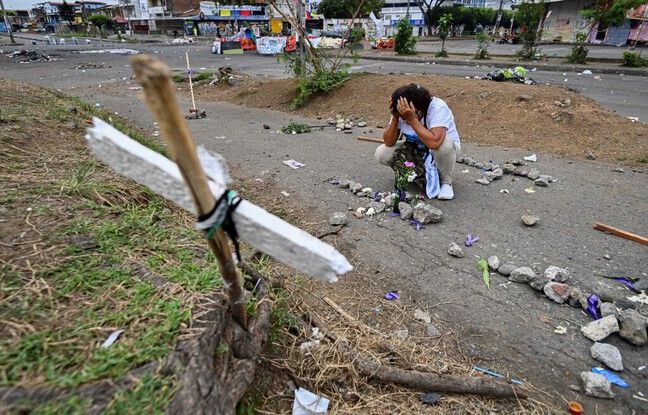 The UN High Commissioner for Human Rights on Sunday called for an independent investigation after the violent protests that have killed at least 13 people since Friday in Cali, Colombia. The Colombian army, obeying the order of President Ivan Duque, deployed a thousand soldiers on Saturday in the country’s third city, the epicenter of anti-government protests. The streets of this city of 2.2 million inhabitants were the scene of clashes between demonstrators, police and armed civilians on Friday, which left at least 13 dead in various incidents.

At least eight people have died from gunfire, police said. An investigator from the Cali prosecutor’s office fired at the crowd, killing two civilians, before being lynched by protesters, according to the prosecution. The UN High Commissioner for Human Rights has reported 14 people dead since Friday, and 98 others injured, including 54 by firearms. “It is essential that all those who may be involved (in this violence) causing injury or death, including officials, are promptly, effectively, independently, impartially and transparently investigated, and held to account. asked of those in charge, ”High Commissioner Michelle Bachelet said in a statement.

The violence comes exactly one month after the April 28 uprising against a quickly abandoned tax reform project led by right-wing President Ivan Duque, which aimed to increase VAT and broaden the income tax base. In a month of popular uprising, at least 59 dead, including two police officers, have been recorded in the country, according to an official count. Some 2,300 people were injured and 123 are missing. Human Rights Watch reports up to 63 deaths.

For a month, the scenario has almost always been the same: by day, the demonstrations are peaceful and creative, at night the rebellion turns into riots where fireworks and Molotov cocktails mix with live ammunition. This unprecedented revolt shakes the big cities, where barricades are erected and where road blockages cause shortages and exasperate part of the population. The government is incapable of defusing the crisis which has above all revealed, according to analysts, the dull anger of a youth politicized and impoverished by the pandemic.

The left for the first time about to win?

For half a century, the conflict with the Revolutionary Armed Forces of Colombia (Farc) obscured a reality that has become glaring: according to the World Bank, Colombia ranks among the most unequal countries in terms of income. In 2019, a year after the election of Ivan Duque, 42, students took to the streets to demand the improvement and free public education, jobs, a state and a more united society.

The pandemic put an end to the mobilization in 2020 and plunged the most vulnerable into poverty. Poverty has accelerated to reach 42.5% of the 50 million inhabitants. The unpopularity of Ivan Duque, who is due to leave office in 2022, seems to work in favor of the left, which has never presided over the country. The former mayor of Bogota and ex-guerrilla Gustavo Petro is now leading the polls.