The United States close to a Pfizer vaccine authorization 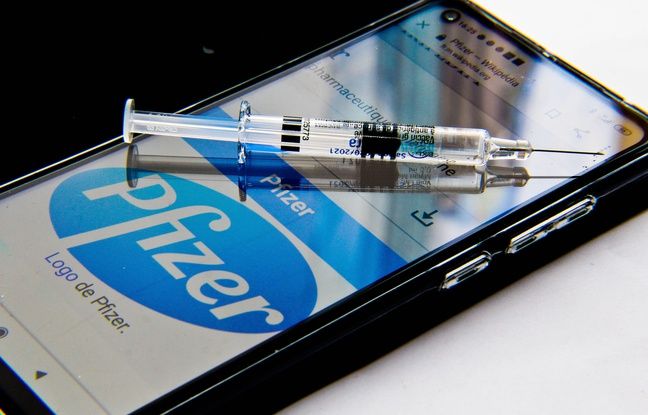 It was the last step before the decision. A committee of independent experts voted on Thursday to recommend to the United States Medicines Agency (FDA) to authorize in the United States a first vaccine against Covid-19, developed by the duo Pfizer / BioNTech. The green light should follow in the next few days and the vaccination will start next week.

During an unprecedented transparency exercise in the world, broadcast for several hours on the internet, around twenty researchers who are members of this advisory committee discussed the vaccine’s safety and efficacy data and questioned the managers of manufacturers and health authorities. on how the vaccine works, its real effectiveness against severe forms of the disease, its adverse effects, long-term health surveillance or the fate of participants in clinical trials who received a placebo. Then the committee gave its favorable opinion in a vote which does not constrain the FDA: 17 votes for, four against and one abstention. But the green light is almost assured, because the efficacy and harmlessness of the vaccine have now been validated by three independent sources: this committee; the FDA’s own scientists in a summary published Tuesday; and a peer-reviewed American medical journal, the New England Journal of Medicine, who evaluated and published the results of the vaccine trial on Thursday.

President Donald Trump would certainly have liked to go faster. The manufacturers announced on Nov. 18 that their vaccine was 95% effective, and they filed with the FDA two days later. The United Kingdom, Canada, Bahrain and Saudi Arabia have since authorized the marketing. But the American agency, accused of having authorized urgently questionable treatments, including hydroxychloroquine, under pressure from Donald Trump in the spring and summer, was keen not to give the image of a botched procedure or subjected to something other than the greatest scientific rigor, aware that potentially hundreds of millions of people would receive in the arm a product invented less than nine months ago.

The FDA and Pfizer have published 145 pages of data from a clinical trial on 44,000 volunteers, offering details of incomparable finesse with what is known about Russian and Chinese vaccines, already administered on a large scale in their countries. “The transparency has been excellent,” Eric Rubin, committee member and professor of microbiology at Harvard, told AFP.

What do the data from the trial involving 38,000 of 44,000 volunteers say? First, that the vaccine works better than hoped. The two doses, three weeks apart, reduced the risk of developing Covid-19 by 95% compared to members of the placebo group. It seems to prevent serious forms of the disease well, even if these data are less definitive.

The vaccine causes side effects, often painful, but harmless: 80% of those vaccinated have had pain around the injection site, many have felt fatigue, headaches or stiffness.

But over an average of two months of follow-up, the only potentially worrying side effect was four cases of cold facial palsy (Bell’s). This is often temporary and statistically causality has not been established, but the FDA has recommended increased monitoring.

Experts have debated at length the risk of allergy after two cases of severe reactions in the UK. In the United States, a warning will accompany the vaccine, announced Marion Gruber of the FDA: it will not be recommended for people with a known severe allergy to any of its ingredients. But Paul Offit, a member of the committee, stressed the need to reassure the tens of millions of people allergic to eggs or peanuts.

Mystery of the duration of immunity

What do we still ignore? The term of protection, first. It is also not known whether the vaccine prevents asymptomatic infection with the coronavirus. Or if it is safe for pregnant women. Distribution will remain, a task coordinated by the federal government and entrusted to the private sector. Health Minister Alex Azar expects the start of next week.

The doses will be delivered directly to hospitals and pharmacies which will vaccinate the two priority groups: residents of nursing homes and professionals in the healthcare sector, as in the UK.