The United States facing the conflagration, Trump bets on vaccines 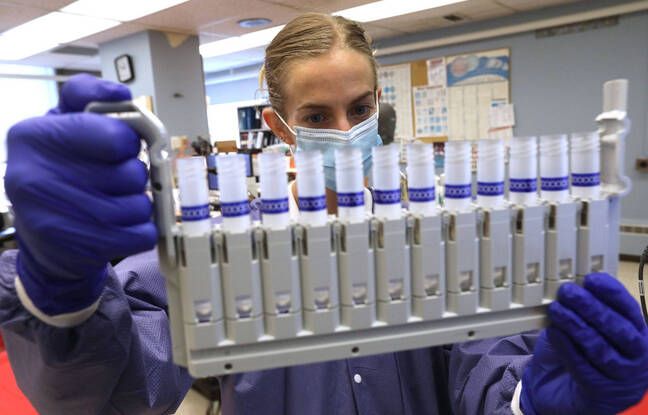 Joe Biden had warned that the United States risked facing a “dark winter”, and the country is going straight ahead. Faced with the explosion of cases of coronavirus throughout the United States, New York was preparing to close its schools but Donald Trump, betting on the upcoming distribution of a vaccine, refused on Friday to consider the confinement of the country. And with the Thanksgiving holiday arriving on November 26, things could get worse.

The United States recorded a record 170,000 new cases in 24 hours on Friday, with 1,301 deaths, and hospitalizations returning to spring levels, at 69,000. And if the screening also reaches its highest levels, the rate of contamination is progressing much faster with a million new cases in one week. Per capita, the Midwest is the hardest hit (Illinois, Wisconsin and Iowa, in particular).

Testing is increasing, though much slower than case growth. pic.twitter.com/poiE2vkY2r

The American city most affected by the first wave of coronavirus in the spring, New York has so far resisted its comeback. But the test positivity rate – long remained close to 1% – is now increasing daily and exceeded the critical threshold of 3% on Friday for the first time.

The governor of New York, Andrew Cuomo, announced the closure from 10 p.m. of bars and restaurants from this Friday – a measure generally well accepted in a city where deconfinement has been very gradual and this type of establishment was already closing for the most part before midnight. Mayor Bill de Blasio, who reopened public schools at the end of September using a partially face-to-face model, called on parents to “prepare” for their closure on Monday.

Doses of vaccine for 20 million Americans in December

New York now seems like a fortress under siege, as the virus is spreading at full speed across the country. “We will have to close everything,” warned Michael Mina, epidemiologist at Harvard, on Friday, during a telephone press point. “And if we don’t shut everything down or find something else to do, Thanksgiving is going to lead to another massive explosion of cases.”

But in his first public intervention since the announcement of his presidential defeat on Saturday – which he refuses to recognize – Donald Trump firmly excluded this hypothesis. “Whatever happens in the future (…) this administration will not impose confinement,” said the Republican president. Instead, he promised that distributing the first doses of a vaccine to those at risk was “a matter of weeks.”

The announcement Monday by the Pfizer and BioNTech laboratories of promising tests for a vaccine “90% effective” against Covid-19, raised a wave of hope. Speaking after him, Dr. Moncef Slaoui, chief medical officer of Operation Warp Speed, which coordinates the federal government’s vaccine strategy on the virus, hoped to be able to vaccinate 20 million Americans by December.