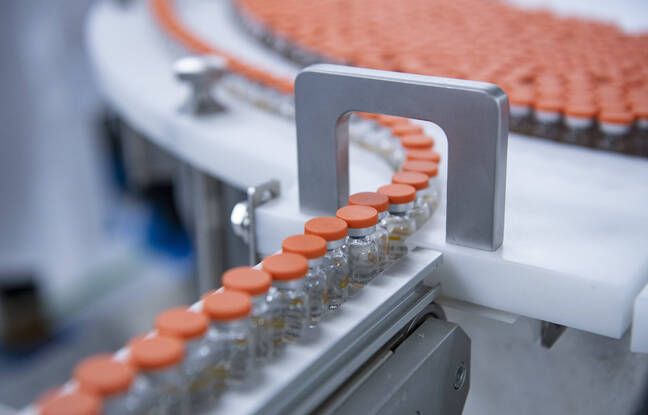 For the boss of the WHO, this is a “historic decision”. The United States announced Wednesday that it was in favor of the lifting of patents on anti-Covid vaccines, an exceptional position taken at a time when poor countries are sorely lacking in precious doses, the only weapons against the continuing pandemic. its devastation, especially in India. But the International Federation of the Pharmaceutical Industry (IFPMA) considered this announcement “disappointing”.

“This is a global health crisis, and the extraordinary circumstances of the Covid-19 pandemic call for extraordinary measures,” said US Trade Representative Katherine Tai, stressing the urgency of the situation. “The administration firmly believes in the protections of intellectual property, but to put an end to this pandemic, it supports the lifting” of patents on anti-Covid vaccines, explained the official, specifying that Washington was “actively” participating in the negotiations. to the World Trade Organization to allow these patents to be lifted.

For the time being, patents are held mainly by American laboratories which are generally opposed to their lifting because it would deprive them, according to them, of a financial windfall for costly innovations. Solicited by AFP, Johnson & Johnson, Pfizer and Moderna did not directly react to the American announcement.

“We are fully in line with the goal that anti-Covid 19 vaccines are quickly and equitably shared around the world. But as we keep saying, a suspension is the simple but false answer to a complex problem, ”she told IFPMA.

Stephen Ubl, the president of the American federation (PhRMA), stressed that this decision could thus “further weaken already tense supply chains and encourage the proliferation of counterfeit vaccines”. Rather, he argues, the problem of the distribution and “limited” availability of raw materials should be tackled.

France against the lifting of patents

Washington’s announcement comes as the divide grows between struggling and deprived nations and rich countries, where vaccination campaigns – soon to be extended in the United States to adolescents and in Canada to children from 12 years of age – allow a gradual lifting of health restrictions.

Urged by the WHO to solidarity in this area, the members of the G7 (United States, Japan, Canada, Germany, France, United Kingdom, Italy) discussed on Wednesday in London how to increase their financial assistance or share their excess doses to help poor states.

The temporary lifting of patents on vaccines is notably demanded by India and South Africa in order to be able to speed up production, but certain countries, including France, are opposed to it. Paris rather pleads for donations in favor of poor countries. In this context, Katherine Tai recognizes that negotiations at the WTO “will take time given the consensual nature of the institution and the complexity of the issues at stake”.