The United States is approaching the grim milestone of 500,000 dead 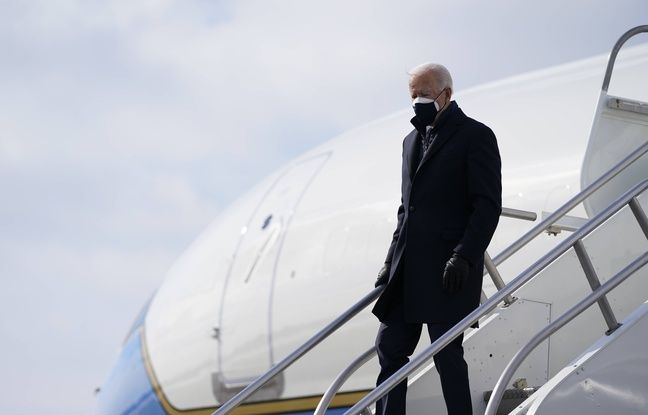 The United States is preparing to cross the dark milestone of 500,000 deaths from Covid-19, at a time when a number of indicators, foremost among which the rhythm of vaccinations, offer real glimmers of hope. “It’s terrible, it’s horrible”, reacted Sunday immunologist Anthony Fauci, adviser to Joe Biden, to the mention of this macabre level.

“We have not known anything like this for over a hundred years, since the 1918 pandemic,” he recalled on CNN. “It’s something that will go down in history. In decades, people will still be talking about that time when so many people died ”. According to figures from the benchmark Johns Hopkins University, the tally on Sunday morning stood at just over 497,000 dead.

The first death from Covid-19 in the United States was announced a year ago, on February 29, 2020. About three months had passed before the country crossed the 100,000 death mark. The threshold of 400,000 deaths was exceeded in January, on the eve of the inauguration of Joe Biden, who made the fight against the pandemic the top priority of his start in office.

“500,000! This is nearly 70,000 more than all Americans who died during World War II, over a period of four years, ”said the tenant of the White House on Friday. “All this grief… all this pain… all this pain…” he added.

600 million doses of vaccine by the end of July

But during his speech at a Pfizer vaccine plant in Kalamazoo, Michigan, the 46th president in history also stressed how hopeful the current pace of vaccinations is. “I believe we will be getting closer to normal by the end of this year. God willing, this Christmas will be different from the one that preceded it, ”he said.

With an average of 1.7 million daily injections, which should increase further in the coming weeks, he said he was confident in the ability to reach 600 million doses (enough to vaccinate the entire population) available by the end of July.

In total, more than 61 million people have so far received one of the two vaccines authorized in the United States (Pfizer / BioNTech and Moderna), including 18 million who have had the two required injections. Another encouraging sign: after a peak in the epidemic in January, the weekly average of deaths and that of new cases are clearly down, according to data from the Covid Tracking Project.

The polar cold wave and snowstorms that have hit the country for more than a week have nevertheless slowed the vaccination campaign. The distribution of 6 million doses has been delayed and the 50 American states are impacted by these delays due to bad weather, detailed Friday Andy Slavitt, White House adviser for the fight against the coronavirus.

“There has never, never, never been a logistical challenge greater than what we are trying to do, but we are getting there,” Biden recalled of the distribution of the precious bottles and bottles. injections.

Should the British variant of the coronavirus cause fears of a new peak in the number of cases in the United States? “I don’t think it’s inevitable,” Dr Fauci argued. “The vaccines we are currently distributing – Moderna and Pfizer – work very well against this variant,” he added, stressing the importance of vaccinating “as quickly as possible”.

When asked about the timetable for Americans to return to normal, the famous immunologist was extremely cautious. “We do not know, we do not know”, he hammered, evoking the hope of a “certain degree of normality” by the end of the year.