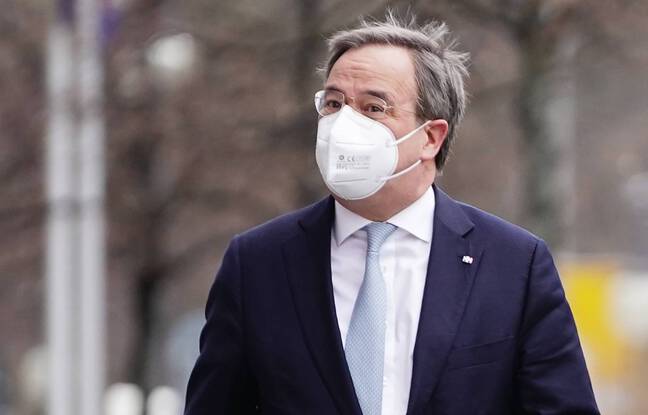 He did not have a clear head start, however. Armin Laschet, of whom only about a quarter of Germans think he has the makings of a chancellor, took a big step towards the succession of Angela Merkel by being chosen Monday, despite his unpopularity, by the leadership of his party , the CDU, to target the German Chancellery in September. This laughing-eyed former journalist has long been regarded as a moderate follower of Angela Merkel’s centrist line.

The presidium of the Christian Democratic Party decided Monday morning, during a closed meeting, to support Armin Laschet, president of the CDU who has all the difficulties to take off in the polls against another conservative, the popular Bavarian Markus Söder, who heads the Allied CSU formation.

“The presidium has issued a clear opinion, after detailed consultations” for Armin Laschet to be the Union candidate of these two parties for the legislative election campaign on September 26, a participant told AFP.

“We consider him to be exceptionally fit and have asked him to discuss now with Markus Söder how to proceed,” confirmed CDU leader of Land De Hesse, Volker Bouffier.

The decision is not yet final but with this support, Armin Laschet, 60, leader of the most populous region, North Rhine-Westphalia, now has a very good chance of defending the conservative colors in the elections and so to succeed Angela Merkel, in power for sixteen years.

The CDU, in clear decline in the polls, nevertheless remains at the top of the surveys, with around 28%, against 22% for the Greens. Bavarian Minister-President Markus Söder, 54, said he was ready on Sunday to try to become the first Bavarian elected chancellor. On the condition, however, that the CDU, much more powerful on a national scale, supports it.

But, despite impressive popularity across Germany and support even within the CDU, Markus Söder will now find it difficult to reverse the trend. The presidium of the CDU is indeed the crucial body for the nomination of the candidate. And it is generally the Christian Democrats who have the first choice.

The CSU, a regional group, only twice represented the entire conservative camp in the elections, with two failures in 1979 and 2002.

Markus Söder, who has become one of the most popular figures thanks to a strict and cautious approach to the fight against the coronavirus, has failed to win over conservative cadres beyond Bavaria to his cause.

The latter are wary of a leader with varying opinions, who said not long ago that his place was in Munich and not Berlin.

Armin Laschet has accumulated setbacks since his election in January at the head of the CDU. His recent proposal for a strict but brief lockdown to curb the third wave of contaminations has drawn criticism and chuckles. The regional leader had indeed until now championed the easing, to the point of coming into conflict with Angela Merkel.

Two severe setbacks in regional elections in March, against a background of alleged corruption over the purchase of masks involving conservative parliamentarians, also weakened his position.

But Armin Laschet, a clever tactician on this blow, was able to secure behind the scenes the support of CDU leaders who, although worried about their re-election in September, did not want their party to stand aside in the face of the little sister. Bavarian. This choice of the presidium could thus end a duel that risked becoming deleterious in a pandemic context still difficult, with the symbolic bar of 3 million cases identified on Monday.

The other parties have also taken the lead. The Social Democrats of the SPD have chosen for months their leader, the Minister of Finance Olaf Scholz. The Greens, credited with more than 20% of the vote, will say next Monday which of their two co-presidents, Annalena Baerbock and Robert Habeck, will lead the electoral fight.