The vaccine race is advancing, a real hope for the economy? 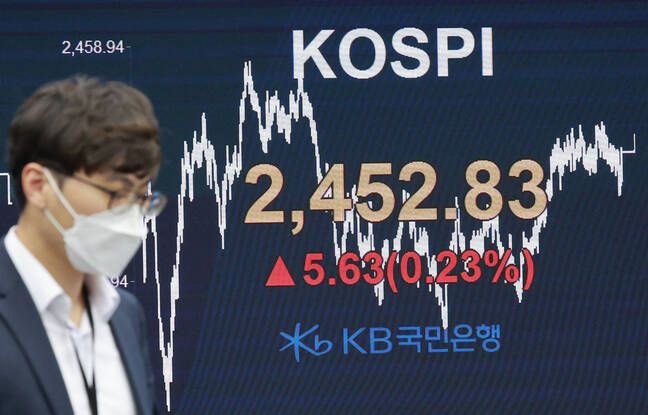 The announcement of a vaccine candidate 90% effective on Monday, according to an interim evaluation which needs to be deepened, was greeted by all the world stock markets, yet little inclined to ignite in this period. During the day, the European markets were all up sharply. The Paris Stock Exchange took 5.46%, Frankfurt 5.56%, London 5.05% and Milan 5.48%. From its opening, Wall Street experienced a similar euphoria. The Dow Jones climbed 5.63% to a new high, and the Nasdaq gained 1.25%.

Such an outbreak now brings with it a double hope. In addition to solving the health crisis, could the vaccine against the coronavirus (that of Pfizer or another) solve the crisis and save the economy?

First, we need to isolate the stock market reactions from the rest of the economy. Monday fever is more “a classic reactionary exuberance of the stock markets, which always react stronger and more brutally than reality”, tempers Frédéric Bizard, health economist. Moreover, from this Tuesday morning, they had returned to a more traditional level.

To return to the economic level of before, the only validation of the vaccine will not be enough. “It will be faced with many post-development obstacles, whether in production, storage or distribution”, notes Frédéric Bizard, according to whom the production forecasts announced by Pfizer – 1.3 billion doses during the year 2021 – are “fanciful and move away from the field of Health to become of communication. “

In other words, in the short term, even with validation of a vaccine, “the economy should not improve. Not for a long time, ”for the economist. The infectious disease specialist Nathan Peiffer-Smadja wants to be more optimistic: “If the vaccine is validated, we can hope to aim for a vaccination campaign this summer in France, thanks to an emergency authorization and rapid distribution”. As for the doses, “a lot of other vaccines are in the works, and if he is successful, there is no reason the others will not work either, which will naturally increase the doses with several vaccines available in the short term. “

However, with a vaccinated population, everything will become simpler: “If we stay on this 90% efficiency, we will be able to manage the disease much more easily, and succeed in what we are currently failing: tracing the chains of contamination and identifying cases. secondary ”. From there, all the current economic restriction levers could be lifted: catering, travel, gathering, festival, and the economy totally restart.

The economy, the contract of trust

And if you find these projections still too hypothetical, one thing is certain for Frédéric Bizard, “the arsenal against Covid-19 is gradually strengthening. “A signal that is necessarily well interpreted by the economy, which greatly increases confidence in the future. “All the scientific advances that we are witnessing reinforce the probabilities that we will succeed in the medium term. It is a more promising hope for the economy than if all the tests turned into fiascos, and we added gloom to the gloom. Hence the importance of publishing this kind of intermediate results.

To the point of risking distorting certain studies to suit the economy? Nathan Peiffer-Smadja immediately breaks this idea: “Studies are validated properly, with large safety files, and quick results do not necessarily mean poorly done. It is important to stop the growing mistrust of these results. “

Because here is the main stake and the key to having to save the economy with a vaccine: the adherence of the population. According to an Ipsos poll on Tuesday, only 54% of French people would agree to be vaccinated. And for both experts, it is clear that with such a small percentage, the coronavirus epidemic waves would continue and the economy could not resume normally. For Nathan Peiffer-Smadja, “at the same time as the race for the vaccine must begin the race for the confidence of the population. Because we remind you one last time: difficult to move the economy forward without confidence.