The white truffle from Italy can now be produced in France 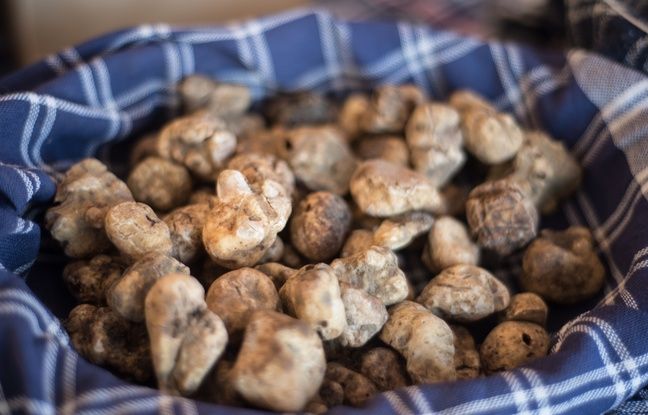 This is a world first: the prestigious and very expensive Italian white truffle can now be produced in France thanks to an innovation: the controlled development in plantations of this variety, until now, mainly harvested in the wild. A handful of these gourmet mushrooms have been harvested over the past two years in a plantation in southwestern France, in which mycorrhizal trees (which carry the mycelium of the fungus on their roots) have been planted in noble tuber, the white truffle from Italy.

“This is the first time that noble tuber are harvested in a plantation outside the era of geographical distribution of this truffle, ”announced Tuesday during an online press conference Bruno Robin, president of Robin nurseries, at the origin of this innovation with the Institute national research for agriculture, food and the environment (INRAE).

“The cultivation of white truffles is possible”

Until now, French truffle production has been limited to two main varieties: the black truffle and the Burgundy truffle. The white truffle, up to five times more expensive, was mainly found in Italy and Central Europe but, unlike the black, it was hardly harvested in plantations, which contributed to its great rarity.

But a study published this Tuesday in the journal Mycorrhiza“Demonstrates that the cultivation of white truffles is possible”, summarized Claude Murat, director of research at Inrae. “It gives greater prospects for the development of truffle culture in France,” said Michel Tournayre, president of the French Federation of truffle growers.

The success of this mycorrhization, much more difficult to achieve than with black truffles, allows, according to its promoters, to now be able to produce Italian truffles in France in a controlled manner, like a culture. This agronomic innovation “quite extraordinary (…) is able to save the truffle, which is threatened by global warming”, welcomed Joël Giraud, Secretary of State for Rurality.

Robin nurseries hope to sell this year “a few thousand” mycorrhizal tree seedlings with white truffles. It currently sells for between 1,500 and 5,000 euros per kg, against 500 to 1,000 euros for black truffles.