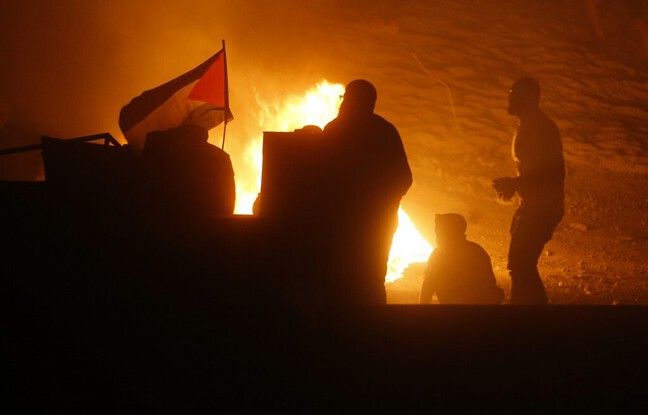 Tensions continue to mount in Israel and Gaza, after a Monday marked by violence such as Jerusalem had not seen in years. Rocket fire from Gaza towards Israel, deadly strikes by the Jewish state against Hamas, clashes between Israelis and Palestinians in East Jerusalem, the tension did not decrease on Tuesday, while 20 people, including nine children, were killed in Gaza by Israeli strikes, which the clashes in Jerusalem left 500 injured and the Mosque Esplanade, the third holiest site in Islam named Temple Mount by the Jews, suffered a great fire.

Will this blaze lead to a third intifada? Dominique Moïsi, political scientist at the Institut Montaigne and specialist in Israel, looks back on the origins and consequences of this new conflagration.

Why are tensions rising in Jerusalem right now?

It is the meeting between several phenomena and calendars. There is initially the eviction of Palestinian families from their house in the eastern district of Jerusalem, by Jewish families according to the right of return which gives access to these properties, by the fact that Jews had already bought these lands before the creation of Israel in 1948. According to Israeli law, if Jews can prove that their family lived in East Jerusalem before the 1948 war, then they have access to property. But this right of return is valid only for the Israelis and not for the Palestinians, which creates a lot of tension.

It was also Jerusalem Day, when Israel celebrates the conquest of Jerusalem including the Old City, during the Six Day War. Finally, we must not forget the internal political situation of the country. Israel is unable to form a government, which is a source of great political instability, while the Palestinian Authority is absent. This mixture of political vagueness and spontaneous emotion has led to this situation, with the Palestinian side saying: “What do we have left but the ashes in the streets again?” “

Is this new conflict special?

We went from a national conflict during the first and second intifadas with the will of a Palestinian state to a conflict with an infinitely more religious dimension. Of course, the latter has always been present, but it is stronger today, because the state dimension has become much more abstract. Today it is more Muslims and Arabs against Jews than Palestinians against Israelis. This development is much more worrying, because while it seems possible to find a compromise between divergent nationalist expressions, it is much more difficult between religious expressions.

Can the change in US policy, with a less complacent Joe Biden towards Israel, also explain the tensions?

I am not sure that this is one of the reasons that led to these tensions, we can see that the Biden administration is very cautious on the subject, it has just blocked a resolution at the UN Security Council which would have condemned Israel. Geopolitically, it will nevertheless be interesting to follow the impact on the Abrahamic Accords, between Israel and several Arab states. For example in Morocco, if demonstrations take place in the streets to support the Palestinians killed, will the government be able to continue to support these agreements? Nevertheless, here too the transnational geopolitical impact must be put into perspective, because if the Arab populations feel in solidarity with the Palestinians, this is not the case with their governments.

How is the situation likely to evolve?

The whole question is to know if we are on the eve of the third intifada, or if the memories left by the second are so negative that, the blood having shed too much yesterday, we will avoid spilling it tomorrow? Has the balance of power become too unequal? Does technology make operations like the 2006 war unimaginable, thanks to the Iron Dome that mostly shields Israel from rockets? On the contrary, is the despair such that we are going to enter this new phase, or will the unequal balance of power and memories act as a limit? In any case, the Palestinian problem has not disappeared and it is difficult to know which solution the two camps will decide. We are currently on an unpredictable ridge line.