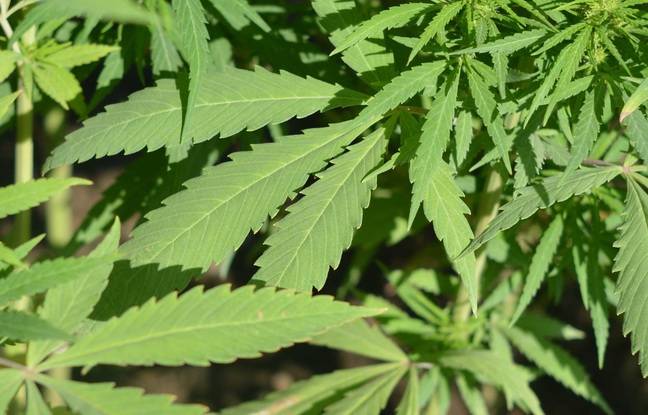 Morocco, the world’s largest producer of hashish, is preparing to legalize the therapeutic use of cannabis, with a legal framework intended to allow the state to promote a lucrative crop currently in the hands of traffickers.

The government council adopted on Thursday a bill on “legal uses of cannabis” authorizing “medical, cosmetic and industrial” use. The text which has yet to be validated by Parliament does not concern “recreational” cannabis, which is still prohibited.

The goal is to “convert illicit cultures that destroy the environment into sustainable legal activities that generate value and employment”, according to the text. “It is the end of a political taboo, the culmination of a dynamic launched ten years ago at the highest level of the State”, estimates the sociologist Khaled Mouna.

The stakes are high for this North African country ranked the world’s leading producer of cannabis resin (hashish) by the United Nations Office on Drugs and Crime (UNODC) in its 2020 report. of this report (47,500 hectares in 2018), the official figures unveiled this week in Rabat show “55,000 hectares cultivated in 2019”.

“In the opinion of experts, the assets of the kingdom in this area are at the very least undeniable: a favorable ecosystem, proximity to the booming European market and ancestral know-how of farmers,” according to the official MAP agency. It is enough to walk on the roads of the Rif, in the north of the country, to see vast expanses of carefully cultivated and irrigated fields, completely illegally. And “on a practical level, it is not complicated, you just need to use suitable seeds and plant them in the next season” if the law is passed on time, underlines the botanist Ismaïl Azza.

The official data does not reveal the current production which amounts, according to a study published in 2020 by the independent network “Global Initiative against Transnational Organized Crime”, to more than 700 tons per year, for a value of 23 billion dollars (around 19 billion euros).

The bill provides for the creation of a “regulatory agency” responsible for “developing an agricultural and industrial circuit” and controlling the entire “production chain”, from the import of seeds to marketing, with “regulatory perimeters. “,” Cooperatives of authorized farmers “,” certified plants “and control of levels of THC, the main psychoactive molecule in cannabis. The region of “Ketama, which has always made the reputation of” the Moroccan “as cannabis resin is nicknamed abroad, should necessarily appear in the list of authorized areas”, predicts the semi-official 360 site.

Morocco is counting on the “sustained development” of the global medical cannabis market, with forecasts of average annual growth of around 60% in Europe, its “target market”, according to a note from the Interior Ministry. Professionals estimate the legal cannabis market in Europe at one billion dollars (0.8 billion euros). But “any delay in the implementation of the project could translate into risks of loss of economic opportunities […] for the benefit of competing countries, ”warns the MAP.

The bill was presented “less than three months after the United Nations decision to remove cannabis from the list of the most dangerous drugs”, thus unlocking the therapeutic use of this psychoactive plant, underlines Khaled Mouna. Legal crops “will improve the well-being” of the population of the Rif and will contribute to the economic development of this landlocked, poor and historically rebellious mountainous region, according to the MAP. Until now, the small farmers of the North hardly benefited from the windfall since they touched “4% of the final turnover in the illegal circuit” against potentially “12% in the legal market”, according to the same source.

Traditionally cultivated for centuries, authorized under the French protectorate, banned in 1954 but tolerated since, “kif” supports between 80,000 and 120,000 families, according to estimates. The bill is not unanimous within the Justice and Development party (PJD, Islamist) which leads the government coalition: the former leader of the PJD, Abdelilah Benkirane, an emblematic political figure, announced the “freezing of his membership. To the party on its Facebook page, a few hours after the green light from the government council.

Share
Facebook
Twitter
Pinterest
WhatsApp
Previous article“We no longer have a choice …” Worried and exasperated, the delivery men announce a strike this weekend
Next articleCarrefour receives a fine of 1.75 million euros for “practices restricting competition”