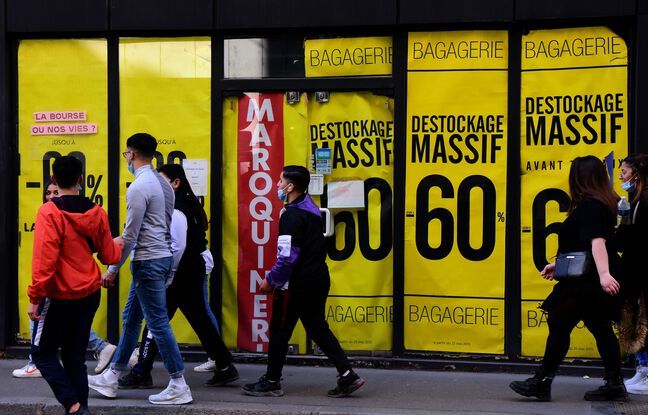 The consumption of the French is well and truly resumed. After the reopening of shops and terraces, from late May to mid-June, bank card payments were 16% higher compared to the same period in 2019, according to the Ministry of the Economy. And in the field of textiles, a craze has been felt, with a 33% increase in spending compared to 2019, including a peak of 70% in the first days of reopening.

An enthusiasm appreciated by professionals in the sector, who fear, however, that the summer sales, which started on Wednesday, are not enough to replenish their cash flow after several months of closure. Franck Hoët, vice-president and treasurer of the National Federation of Clothing (FNH), which represents the independents of the sector, responds to 20 Minutes.

How do you see the start of the sales?

There are a lot of goods, so there is a risk that prices will collapse. We will see – 50, – 60, – 70% very quickly, in all distribution chains. There are so many stocks on the market that it sounds like a waltz of labels.

With permanent promotions throughout the year, do the sales still have an interest?

For us, the sales mean something: it’s end-of-season destocking, not a commercial strategy. But between brand centers and distributors who make – 50% throughout the season, the word balance no longer means anything. The proof: we have barely entered the summer period, June 21, and we find ourselves in sales. While the beautiful days are here, we have to clear the goods that we received two weeks ago.

If we want sales as before, it would be necessary that the summer ones take place in August and the winter ones in February.

How does this difference between large-scale distribution and independent workers feel?

Our economic model is based on coefficients that are not those of mass distribution. If we do – 50%, it’s over, we no longer make a margin. Even when selling a lot of goods during the sales. As independents, the most important months are the first two of the season: March-April and September-October. And we have been closing at the same time for two years in a row. This is the period when we sell at the right price, and we were not entitled to it.

Does e-commerce impact you?

Many traders within the FNH are already digitized, have an online store, which makes an additional point of sale. There is still work to be done at this level, but we have been able to respond.

Do you think the French will be attending these summer sales?

They came at the time of the reopening, a clientele frustrated at not having been able to buy from March to mid-May. We saw them for three weeks non-stop, and expectations are high. We are part of the Confederation of Traders of France, and in terms of personal equipment, everyone has had good results. Except Paris, for lack of tourists.

Have other regions been affected?

All tourist areas have been impacted. I am thinking of the mountains, where members have not seen many people. The coastal zone has not done well either. Rather, it was the provincial metropolises that functioned.

What economic impact have the health measures had on the self-employed?

As long as we’re under cover, with the State Guaranteed Loan (PGE), that’s fine. From April 1, 2022, we will have to reimburse. And this is where we will see the damage. Some will be in default, others will be successful. There will be a redesign of the landscape, and we can count on 20% of the disappearance of independents.