“There will be additional costs” … Are French companies ready to face it? 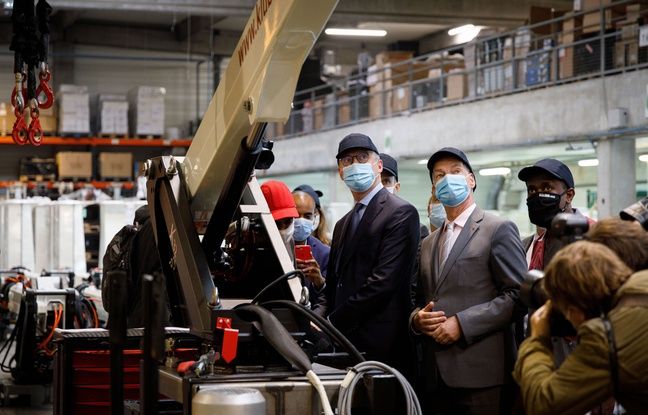 Brexit is very long, especially towards the end. Four and a half years after the British vote, negotiations between the United Kingdom and the European Union are still slipping, and the possibility of seeing a trade agreement signed before the end of December is getting further and further away. This Friday, the President of the European Commission Ursula von der Leyen officially admitted that he had “more probability for a no deal that for one deal “. As British Prime Minister Boris Johnson agreed, this weekend will be the last chance to strike a deal.

Otherwise, on December 31, 2020 at midnight, the United Kingdom will definitively exit the single market and the customs union. It will become, for Europeans, a “third country”, with which trade will be subject to the rules defined by the World Trade Organization. For the 30,000 French companies that sell goods and services across the Channel, it’s a real upheaval. And even more for the 2,000 structures that make more than 50% of their exports to the United Kingdom. “Whatever happens (…) things will change radically” warned Franck Riester, Minister for Foreign Trade, during a visit to Rungis in December.

Indeed, according to a study by the Chamber of Commerce and Industry (CCI) of Auvergne-Rhône-Alpes published in October, “around thirty products or categories of products heavily exported from France to this country could suffer tariffs in the future, based on the tariff published by the United Kingdom in May 2020 and presented to the WTO. This would affect more than 14 billion euros of French exports to the United Kingdom (ie 43% of total exports from France to this country) ”.

In addition to this increase in costs, there will be a possible lengthening of validation procedures and delivery times. Indeed, the multiplication of customs controls should mechanically lengthen the time it takes to cross the border. The UK has already anticipated this, building new roads and brand new car parks close to freight ports like Dover. In France, the first heavy truck traffic jams are already a reality, because the British are building up stocks in anticipation of Brexit.

All these changes show the need for French companies to prepare quickly for a ” no-deal “. As often, there are good students who stand out and others who hide near the radiator. Klac Industrie falls into the first category. This company of 270 employees located in the Loiret produces and exports accessories for construction machinery.

“We are going to have two big impacts linked to Brexit, foresees Sophie Chevallier, administrative and financial manager of the company. First, the “CE” marking will no longer be accepted in the United Kingdom. It will be replaced by a new standard (UKCA), which will have to be respected if we want to continue to export. Then, we will have to see if we have to re-register patents to protect our tools. This will inevitably entail additional work and costs ”.

Same story at Digiplast, which manufactures plastic honeycomb plates in the North. During a visit by Alain Griset, Minister responsible for SMEs, at the end of October on their site, the boss of the company had detailed the measures taken. “Two of our employees work [sur le Brexit] since February 2019, explained to the Gazette du Nord-Pas-de-Calais Vincent Boggio, the director of the site. We are now ready for all the administrative and customs part. We anticipated a delivery time of an additional day due to formalities. “

The risks of delay

Not all businesses are so well prepared. Alain Griset was also alarmed, during his visit to the North. “Few companies are ready [pour le Brexit] (…) We must not be naïve and allow ourselves to be overtaken by European competitors who would have anticipated better than us. The risk, in the event of lack of preparation, is indeed to lose market share and therefore to have a potential drop in turnover.

The CCI Auvergne-Rhône-Alpes drew the same conclusions in its study published in October: “if certain activities should be able to bear such taxes, for others it could not be done without repercussions on the customer. [via des augmentations de prix], with risks of damage to competitiveness, loss of outlets and abandonment of a presence in this market. “