These countries which impose compulsory vaccination 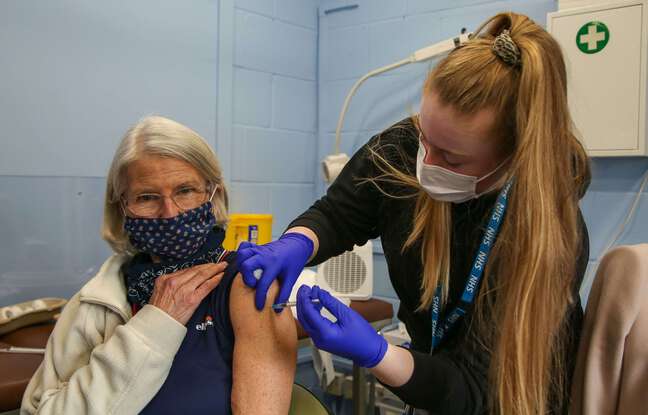 Will vaccination become compulsory for caregivers? If the answer to this burning issue should be known this Monday evening, during Emmanuel Macron’s speech, other countries did not wait to make vaccination compulsory.

For everyone, by age group, in specific places … Some of our neighbors, near or far, have opted for compulsory vaccination in an attempt to stem the coronavirus epidemic, relaunched in particular with the progression of the Delta variant. 20 Minutes make the point.

Countries where vaccination is compulsory for adults

Only three countries in the world have opted for compulsory vaccination for adults. In Turkmenistan, one of the few * countries to have declared no contamination since the start of the epidemic, the government has made vaccination compulsory for “all people over 18 without medical contraindications”, July 7. In Tajikistan, it is a government decree that now forces adults over 18 years old to get vaccinated. Closer to us, the Vatican made the vaccine compulsory on February 8 for the inhabitants of the smallest state in the world and the employees who work there. And for the most recalcitrant, the sanctions can go as far as dismissal.

Countries where vaccination is compulsory for certain categories

Will France join this list soon? Some countries have chosen to impose compulsory vaccination on certain categories of the population. This is the case of Italy, which since May 25, requires doctors and health personnel to be vaccinated against Covid-19, under penalty of no longer being able to exercise in contact with people. But this legislation has been contested by several hundred caregivers, who have taken the state to court. In the UK, where the measure has yet to be passed by parliament, the government announced on June 16 that it would make vaccination compulsory for all people working in nursing homes, including non-medical staff. such as hairdressers, beauticians and volunteers.

To continue working there, they will need to be fully vaccinated by October. In Russia, no national obligation, but local decisions. The mayor of Moscow on June 16 decreed compulsory vaccination of employees in the service sector. Similar measures have been taken in St. Petersburg and its region. Since July 1, vaccination is compulsory in Kazakhstan for most employees in contact with other people. Otherwise, they will not be able to interact with other customers.

The Fiji Islands in the Pacific have made vaccination compulsory for both public and private employees. And for those who refuse, they won’t be able to take a vacation if they haven’t received their first injection by August 15. Worse yet, they could be fired if they don’t get the second dose by November 1. In the United States, some cities, such as San Francisco, have required their municipal employees to be vaccinated, under penalty of disciplinary action up to and including dismissal. In Texas, more than 150 employees at one of the largest hospitals have been fired or resigned after refusing to be vaccinated.

In some countries, vaccination has not been imposed on the population or on certain categories, but in certain places. From August, in Saudi Arabia, vaccination will be compulsory to enter government and private establishments, including places of education and entertainment, as well as public transport. To return to their workplace, private and public employees must be fully immunized.

A similar measure was taken on July 1 in Pakistan, in the province of Balochistan. Vaccination is now mandatory to enter public services, parks, shopping centers and public transport. In the rest of the country, officials who refuse to be vaccinated will no longer be paid in Sindh province, while Punjab province has threatened to cut the phones to those who refuse the injection.