These modified holidays, “it is a new collapse for tourism”, laments Didier Arino, Protourisme 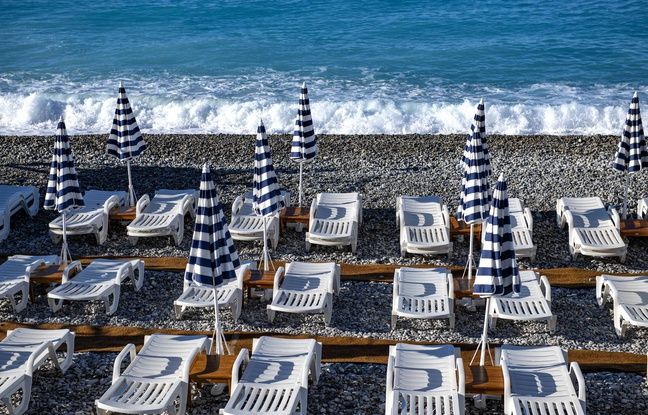 Faced with the coronavirus epidemic which continues to spread over the territory, it was a highly anticipated presidential intervention. In his televised address on Wednesday, Emmanuel Macron announced new measures concerning the school calendar. The Easter holidays in zones A, B and C will be unified, in order to limit for one month the mixing of populations, conducive to contamination.

They will take place across the country from April 12 to 26, after a week of distance learning for students. And this while inter-regional travel will be prohibited for four weeks after the Easter weekend, unless there is a compelling reason. This is yet another blow to the tourism sector, already hit hard since the start of the crisis, as many families have to revise their plans at the last minute. For 20 Minutes, Didier Arino, director of the Protourisme cabinet, deciphers the situation.

What consequences can this modification of school planning have on the tourism sector?

From the moment when people cannot move, tourism collapses again. Many companies were hoping for this coming of customers. Reservations were quite correct, I am thinking of furnished rentals, Gîtes de France, AirBnb, tourist residences. In particular the reservations on the Atlantic side, because the seaside resorts were not in confined areas.

On the other hand, that will not change much for the Alpes-Maritimes, where there were already restrictions.

It is certainly too early to make overall estimates, but have there been any cancellations since Wednesday evening?

What does spring break normally represent for the tourism sector?

They are launching the summer season, and for many operators, their success is fundamental to their economic balance. April, May and June represent 25% of the turnover of the summer season.

Did you expect these restrictions?

Of course. With the development of variants on the territory, the saturation of hospitals, the measure seems reasonable. The question we can ask ourselves, however, is whether this should not have been done sooner. The government was wrong, we contaminate ourselves less in hotels than in my family with children who go to school.

With the possibility of traveling during the coming Easter weekend, do you think there will be many departures?

It’s not a weekend that will save the season. But there will surely be a crowd movement. That makes a little breath for the actors of tourism.

What are the economic consequences on the tourism sector since the start of the health crisis?

It lost more than 90 billion euros in turnover from March 2020 to March 2021. But the players finally have a prospect of reopening, between May 15 and June 15.