Three accomplices in his flight sentenced to prison in Turkey 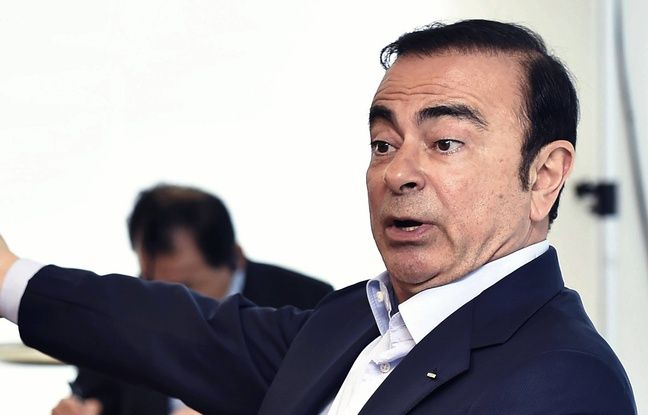 Three Turkish nationals were sentenced on Wednesday to prison by an Istanbul court for helping the former boss of the Renault-Nissan alliance, Carlos Ghosn, in his incredible flight from Japan to Lebanon in December 2019 .

The Turkish legal proceedings have brought to light the spectacular conditions of the flight of the deposed tycoon, aged 66, who, sued in Japan for financial embezzlement, left the country hiding in a trunk for a musical instrument.

After making a flight between Osaka (western Japan) and Istanbul aboard a plane from the Turkish private jet rental company MNG Jet, Carlos Ghosn went to Beirut on a second aircraft from the same group. . On Wednesday, a senior official of the MNG Jet company, Okan Kösemen, and two pilots were sentenced to four years and two months in prison for “migrant smuggling”, according to a reporter at the Istanbul court.

They were further ordered to pay a fine of more than 30,000 Turkish liras (approximately 3,500 euros). The three men, who risked up to 12 years in prison, will remain free for the duration of the appeal proceedings. The court also acquitted two other pilots and two flight attendants who were on trial alongside them.

The two convicted pilots, Noyan Pasin and Bahri Kutlu Somek, are those who were at the controls of the plane that flew between Osaka and Istanbul. At trial, they dismissed the charges, arguing that they were unaware of Carlos Ghosn’s presence on board the aircraft. “In what world are pilots being asked to check what’s in baggage? (…) We were asked to drive and that’s what we did, ”Noyan Pasin defended himself on Wednesday.

“We are scapegoats. Nobody asks how this baggage (in which Carlos Ghosn was concealed) was able to pass the police and customs checks in Japan, ”he added. “I didn’t expect this condemnation. There is no concrete evidence. I’m surprised, ”said Noyan Pasin after the hearing. According to the Turkish prosecutor in charge of the prosecution in this trial, the exfiltration of Carlos Ghosn was prepared with a thoroughness worthy of a military operation.

According to investigators, Carlos Ghosn notably made the trip between Osaka and Istanbul concealed in a bulky musical instrument box in which 70 holes had been drilled in order to allow him to breathe. Two alleged accomplices of Carlos Ghosn, Michael Taylor, a former member of the American special forces, and George-Antoine Zayek, a Lebanese national, “recruited” Okan Kösemen, part of the MNG Jet company, to ensure the smooth transit to Istanbul. . The Turkish authorities notably accuse Okan Kösemen of having received several transfers for a total amount greater than 250,000 euros in the months preceding the flight of Carlos Ghosn.

According to the indictment, the private jet landed at Atatürk Airport in Istanbul. Soon after, Carlos Ghosn boarded a second aircraft which took off for Beirut, where the former auto industry heavyweight still resides. Carlos Ghosn, holder of three nationalities (French, Lebanese and Brazilian) and who is the subject of a request for arrest by Interpol, remains out of reach of Japanese judges, because Lebanon does not extradite its nationals. Lebanese justice, however, prohibited him from leaving the country. In addition to the main trial in Japan, Carlos Ghosn is also involved in several legal investigations in France, relating in particular to suspicions of misuse of corporate assets at Renault and the Dutch subsidiary of Renault-Nissan, RNBV.