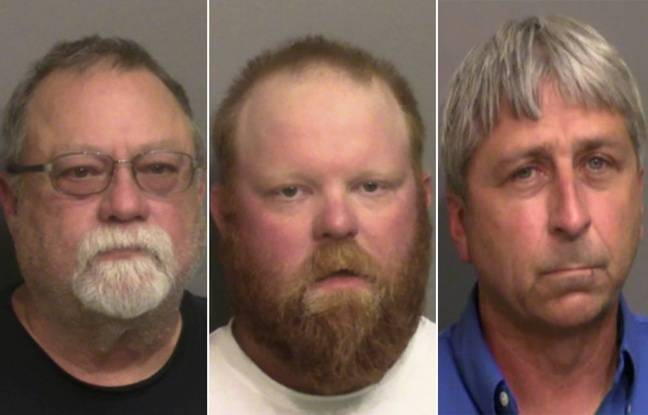 The federal justice of the United States indicted Wednesday three white men, already prosecuted by the State of Georgia, for the murder of the young black jogger Ahmaud Arbery, shot dead in February 2020.

Gregory McMichael, 65, his son Travis, 35, and William Bryan, 51, will have to answer for hate crime (hate crime) and attempted kidnapping in federal court, according to a statement from the Department of Justice.

The indictment, adopted by a grand jury, accuses them of having targeted the young man “because of his race and color” of skin, of having chased him with a pick-up and weapons, “Which resulted in his death”. Ahmaud Arbery, 25, was shot dead on February 23, 2020, while running in a residential area of ​​Brunswick, by the three men who claimed to have mistaken him for an active burglar in the neighborhood.

No arrest for two months

For more than two months, the police did not make any arrests and it took the broadcast of a video of the drama, massively relayed on social networks at the beginning of May, for the investigation to be withdrawn and to really start. Soon after, authorities arrested the three men who were charged with “murder” and “false arrest”. They remain in detention pending trial, but no date has yet been set.

Although the Constitution of the United States prohibits the same person from being tried twice for the same crime, since 1847 the Supreme Court has authorized separate prosecutions by the federal and state courts on the grounds that ” of different sovereign entities ”. In fact, it is very rare for two trials to take place, because once a conviction is pronounced by one of the two systems, the other generally loses its interest.

But this makes it possible to increase the pressure in very sensitive cases, or to resume a case after an acquittal or a dismissal. Thus, in the 1960s, federal justice prosecuted several white men acquitted of the murder of black people by the justice of their state in the segregationist south of the country.

In addition, Ahmaud Arbery’s mother has filed a civil lawsuit and claims a million dollars in compensation. It targets the McMichaels and Mr. Bryan, but also local police and prosecutors accused of wanting to cover up this emblematic case of the “Black Lives Matter” movement (black lives matter).

Ahmaud Arbery’s name resonated across the United States in giant protests against violence against African Americans, along with those of George Floyd, suffocated by a white policeman in Minneapolis, and Breonna Taylor, shot dead in her apartment in Louisville.