Three questions on the future reduction of teleworking in companies 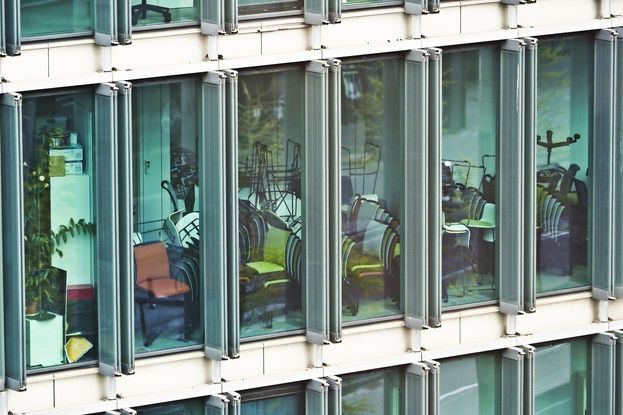 In April, stay at your home, in May, return to your company? Perhaps that will be the government’s new saying. In addition to the reopening, expected in the coming weeks, of the terraces and museums, the executive is also looking into a possible change in the rules for teleworking. This Monday evening, Elisabeth Borne, the minister responsible for the file, will tackle the task with the social partners. 20 Minutes takes stock of the challenges of this meeting.

What are the leads on the table?

Everything is very vague at the moment. “We will talk with employers’ organizations and unions about how we can change the rules from mid-May,” said Elisabeth Borne cautiously last week.

This Monday, his entourage also remained very measured: “The objective of the meeting is to discuss with the unions and employers on the prospects for the coming weeks and to see how the health protocol can be gradually lightened. (…) The meeting will not be conclusive ”, we told 20 Minutes. It could in particular be a question of the number of face-to-face days, or even an increase in the “gauges” set up in companies (at least 4m2 per person currently).

Is the use of telework still respected by companies?

For months, the executive has been constantly repeating that teleworking is an “obligation” for those whose presence is not essential in the office. Despite this firm facade, recourse to teleworking gradually crumbled between January and March 2021, for various reasons: the weariness of being at home for employees or even the legal vagueness around this “obligation”, exploited. by recalcitrant companies.

On March 31, Emmanuel Macron stepped up the pressure by asking for “systematized teleworking”. On the surface, the speech had some effectiveness. According to a survey carried out by Harris-Interactive on behalf of the Ministry of Labor, the use of teleworking jumped between the end of March and mid-April. Thus, among employees who worked from April 12 to 18, 43% were in total or partial telework, against 35% in mid-March. However, this progression can also be explained by the closure of schools and the need to keep children at home …

Isn’t it too early to consider a return of employees to the offices?

Some unions are quite skeptical about a rapid relaxation of the rules. “It is not up to the unions to take the place of the public authorities or the medical profession and to say whether to spend two or three days in face-to-face”, warns Yves Veyrier of FO, questioned by The Parisian.

Indeed, France still has, on average, 30,000 new contaminations per day. A number almost three times higher than in December 2020, during the last deconfinement. And according to the ComCor study by the Institut Pasteur, 15% of Covid-19 infections take place at work, in particular because of employees who come to work while having symptoms.

The Ministry of Labor indicates for its part that telework and health protocols will be lightened “when health indicators allow”. Considering the current situation, you are not about to queue at the coffee machine.