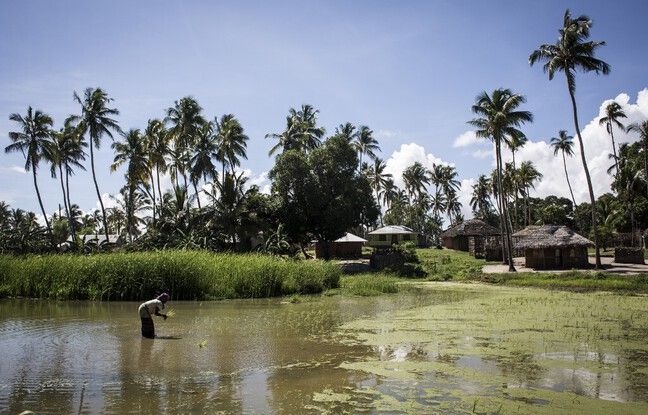 Dozens of dead, thousands of survivors. On March 24, armed groups attacked Palma, a port city in northeast Mozambique, killing dozens of civilians, police and soldiers. The raid, launched just a few kilometers from a large gas project piloted by the French group Total, has been claimed by Daesh. Thousands of people were forced to flee after the latest attack.

In one week, some 8,100 people left the city to reach the surrounding districts, according to the UN. “Violence has been brewing for at least four or five years, so this is no surprise to observers,” explains Romain de Calbiac, teacher at the Sorbonne on counterterrorism issues. 20 Minutes takes stock of the situation.

Who are the jihadists who carried out these attacks?

About a fifth of the inhabitants of this southern African country are of the Muslim faith. They are mainly concentrated along the coast, in the province of Cabo Delgado, where the violence is taking place. The identity of the group which is rife in this former Portuguese colony “is not really known”, explains Romain de Calbiac. “We don’t know how this group began to form. “

The teacher puts forward two possible hypotheses. The first, that of violence committed “by Islamist militants who came from Tanzania after being driven out by the Tanzanian army”. These groups would then have “made the choice to attack Mozambique more specifically because the country is much weaker militarily and the terrain much more favorable”.

Second hypothesis, these Tanzanian jihadists would have come closer to “very radical sects” born in this region of Mozambique, mainly populated by Muslims. Groups “which are somewhat similar, in their collective logic, to what we have seen in Nigeria with Boko Haram” and some of which have turned into violence in 2015.

#Mozambique : the response is being organized to recover the city of Palma, since Friday, this area has been in the hands of a jihadist group.

The armed groups they constitute, known locally as Al-Shabab, are linked to the Islamic State in Central Africa, even if the jihadists from Tanzania and Kenya have been more influenced, in the past, by Al-Qaeda. On the other hand, there are no fighters from other parts of Africa or Europe, as was the case in Syria and Iraq.

“Western interests are not primarily targeted”, because the jihadists “are essentially and primarily in the fight against the Mozambican state”, believes Romain de Calbiac. But “they will begin to be so because, between the time when the insurgency started to rise and today, they are very developed in this province, especially in the field of energy”.

On the other hand, there is a fear of seeing Daesh forming terrorist recruitment or propaganda cells, or even more operational “in other provinces of Mozambique”. The specialist does not exclude “that in the long term, attacks claimed by the Islamic State are committed in other large cities of the country”.

Is there a risk of the conflict spreading to other countries in the region?

“The movement seems too busy militarily to fight to keep control of an area it has acquired”, assures Romain de Calbiac. However, the “risk of regional contagion exists”. “Tanzania is now exposed”, as potentially South Africa.