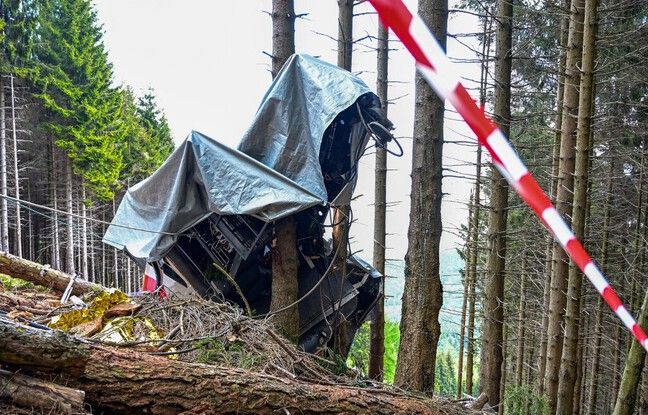 Three men arrested in connection with a cable car accident that left 14 dead in Italy were released overnight from Saturday to Sunday, the judge reporting a “total absence of elements” against two of them, according to judicial sources. The cable car crashed on May 24 near the summit of Mount Mottarone, reaching almost 1,500 meters.

Service director Gabriele Tadini was assigned to residency, while technical director Enrico Perocchio and cable car company manager Luigi Nerini were released. All three are still under investigation. In Italy, judges can only order pre-trial detention in special circumstances, when, for example, suspects are at risk of fleeing.

The three men were arrested on Wednesday after Gabriele Tadini admitted to investigators that he had disabled an emergency braking system that could have prevented the tragedy. He claimed to have done so because the system was malfunctioning and had interrupted the service several times, claiming to have made that decision in agreement with the other two suspects. But Magistrate Donatella Banci Bonamici found a “total lack of evidence” against Luigi Nerini and Enrico Perocchio, according to a decision cited by the Corriere della Sera this Sunday.

According to the magistrate, however, Gabriele Tadini tried to lay the blame in part on his two superiors, after having acted “with total disregard for human life, with bewildering negligence. Prosecutor Olimpia Bossi said she would carefully study the judge’s decision, which could be appealed, assuring that it would not affect the investigation. “The suspects remain the same, our work continues,” she told reporters.

The cable car crashed after a cable broke. If the emergency braking system had operated, the cab would have remained suspended from a second cable. Investigators are trying to establish the reasons for the break in the main cable. The sole survivor of the accident is a five-year-old Israeli child whose family lived in Italy. He lost his parents, his brother and two great-grandparents in the accident.

Among the fourteen victims are another five-year-old child and his parents, a woman who was celebrating her fortieth birthday with her husband, and two couples in their twenties. The cable car made it possible to reach Mount Mottarone, a tourist spot that offers spectacular views of Lake Maggiore and the Alps. The Piedmont region in northern Italy declared a day of mourning this Sunday and called on its residents to observe a minute of silence for the victims at noon.