To fight against the aging of its population, the country allows a third child per couple 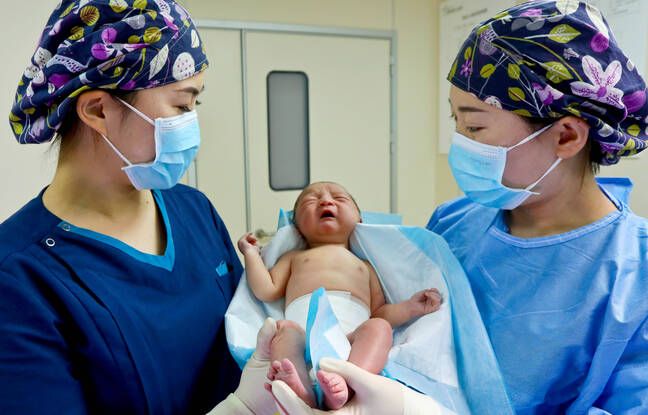 It is a far cry from the one-child policy. China decided on Monday to remove the limit of two children per couple. The decision comes three weeks after the results of its last decennial census, the revelations of which were unequivocal: the country is aging.

The study has indeed revealed a sharp slowdown in the growth of its population. In the hope of restarting its birth rate, the most populous country in the world has resolved to liberalize its family policy with only one limit: no more than three children per couple. “In response to the aging of the population (…), a couple is allowed to have three children,” said the news agency China New, citing the conclusions of a meeting of the political bureau of the Communist Party led by President Xi Jinping.

Requests for assistance to families

This policy must be accompanied by “support measures” for families, added the official press agency, citing without further details maternity leave, pediatric care and lower costs of education.

On social networks, these announcements of power were received freshly. “For the millennial generation, each couple will therefore have to take care of four grandparents and three children. Does the country plan to make them national heroes? “, Joked an Internet user on the Weibo network, attracting 3,000” likes “.

Fall in births with the Covid epidemic

At the beginning of May, the results of the census carried out in 2020 revealed a faster aging than expected of the Chinese population. Last year, marked by the Covid epidemic, the number of births fell to 12 million, against 14.65 million in 2019. That year, the birth rate (10.48 per 1,000) was already at lowest since the founding of Communist China in 1949.

After more than three decades of the much-maligned “one-child policy” at the time, China relaxed its rules in 2016, allowing all Chinese to have a second child. But without succeeding in restarting the birth rate.

There are many reasons for the drop in births: decline in the number of marriages, rise in the cost of housing and education, later fertility for women who give more priority to their careers, excess of the number of men compared to women in the made traditional preference for male children …

“Personally, I don’t want children, not even a single one,” sums up a 27-year-old woman from Zhejiang province (east), who uses her only English first name, Wendy. “And among my friends, hardly anyone wants to have children.”

At the other end of the age pyramid, China had more than 264 million people aged 60 and over last year, four times the total population of France. This age group now constitutes 18.7% of the total, an increase of 5.44 percentage points compared to the 2010 census. Conversely, the working-age population (15 to 59 years) does not represent more than 63.35% of the total, down 6.79 points over 10 years.

In March, parliament voted on a plan to gradually raise the retirement age over the next five years, much to the chagrin of much public opinion. Details of this policy have not been disclosed. Demographers have warned the country against a Japanese-style or South Korean-style development, with a decline in the population and an excess of old people compared to young and working people.

In response, voices have been raised in recent years to abolish any limit on the number of children per family, but the Communist regime has refused to lift all control in this area, preferring to maintain a limit of three children. For Ye Liu, an international development specialist at King’s College London, the new policy is “unlikely to raise the birth rate significantly.” “Power places the responsibility for the aging of the population on families without concrete financial commitments,” she said.