To leave, the cruises rely on vaccination and strict protocols 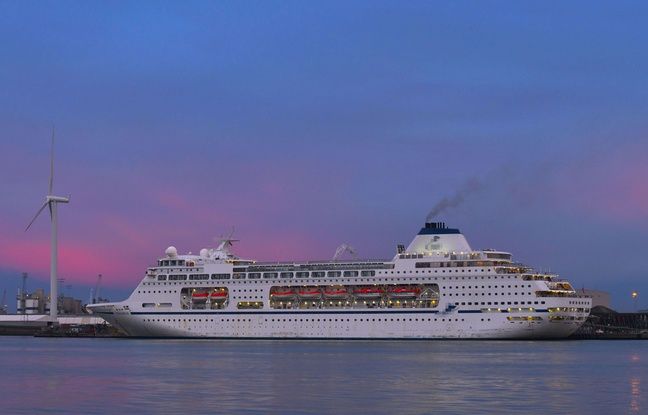 To erase the disastrous image of liners wandering from port to port, banned from docking for fear of the coronavirus, cruise companies rely on “strict” health protocols for the recovery, with vaccinations, tests and barrier gestures.

After a peak in 2019 at 29.7 million passengers worldwide, including 15.4 million North Americans and 7.7 million Europeans, the year 2020 has put an end to continuous growth for 10 years in the sector. , according to a report by the Cruise Line International Association (CLIA), the cruise line association.

“Fully vaccinated” people on board

The pandemic cost the sector 40 billion euros, says Didier Arino, managing director of the consulting company Protourisme. “It is a sector which will not resume normal activity before 2025”, according to him. In the meantime, faced with a still uncertain health situation, the companies which timidly relaunch a few ships are adapting their health protocol, advocating vaccinations and tests.

The American Norwegian Cruise Line which engages this summer three of its 17 boats on routes departing from Greece and the Caribbean – the American ports being still closed to them – will only embark “fully vaccinated” people. “It is not one or the other, it is the vaccination and the sanitary protocol”, assured during a video press briefing Harry Sommer, CEO of the company, citing as an example of the tests “in amount and when getting off the ship ”, on-board sanitation protocols, air filtration, etc.

In the United Kingdom, the Department for Transport imposes for cruises authorized from May 17 a gauge for the number of passengers, who must be residents of the United Kingdom, of 50% with a maximum of 1,000 passengers. On board, it is forbidden to gather more than 6 people and the boats will have to be content with UK waters. “We are delighted to be able to offer our customers the ultimate escape here in the UK (…) We will really be looking at the weather forecast on every cruise and aim to take our ships to where it is hot and sunny,” said in a statement Paul Ludlow, president of C & O Cruises (Carnival group) which will also embark only vaccinated people.

One of the European leaders Costa Cruises (Carnival group) which owns 15 ships is relaunching on Saturday with the Costa Smeralda for stays in the Mediterranean. Three other boats will follow with departures from Italy, Marseille and Barcelona and “a reinforced health protocol”, according to its president Mario Zanetti, quoted in a press release. Its competitor MSC had resumed cruises in August 2020 and since, has made travel “on about thirty cruises more than 60,000 passengers, in all serenity”, with two ships (out of 18), according to Patrick Pourbaix, general manager of MSC France.

Costa and MSC do not ask passengers to be vaccinated but they must undergo a screening test before boarding where the barrier gestures must be respected. The two companies will also only offer “sanitary bubble” excursions, that is to say with very limited contact with the local populations. In case of suspicion of Covid on board, “we have everything planned: an isolation area on the boat, a medical team, the necessary tests and, at the first port, get off the passenger by accompanying him”, explains Patrick Pourbaix.

Although few boats and few itineraries have yet been announced for this summer, customers are still there, according to professionals. Harry Sommer says Norwegian Cruise Line’s 35 itineraries are already full. “Cruises have an unmatched satisfaction rate, around 98%. There is a very strong customer loyalty ”, emphasizes Didier Arino. According to a survey conducted by CLIA, two out of three cruise customers are ready to go back to sea within the year.