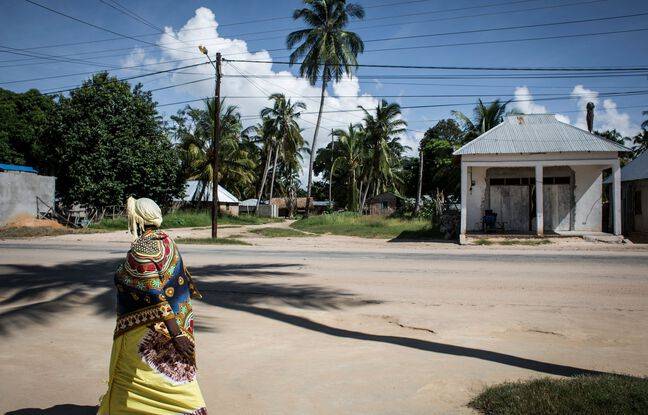 The French group Total confirmed on Monday the suspension of its gigantic gas project in north-eastern Mozambique, interrupted in early April after a jihadist attack, claiming to have declared a situation of “force majeure”. This legal notion is invoked when exceptional conditions prevent the continuation of a site, and the execution of the contracts which are related to it.

The Mozambique LNG project, led by Total as part of a consortium, represents a total investment of $ 20 billion. “Given the evolution of the security situation”, in the province of Cabo Delgado and more precisely around the gas complex located on the Afungi peninsula, “Total confirms the withdrawal of all staff”. “This situation leads Total, as operator of the Mozambique LNG project, to declare force majeure,” said the group in a press release.

“Total is unable to fulfill its obligations due to the serious deterioration of the security situation” in the region, which “is entirely beyond Total’s control,” said a spokesperson for the group. It is still “too early” to determine how much delay will be imposed on the project, which was until recently supposed to be operational in 2024, “but there will be consequences” on the schedule, she confirmed.

This force majeure freeze will remain in effect until the government of Mozambique has restored security and stability to the province “in a verifiable and lasting manner”. Mozambique’s main employers’ organization had already announced on April 21 the suspension of contracts signed by the French oil giant with at least two construction companies.

A site at a standstill

Total shut down at the beginning of April this project which will see the birth of a huge liquefied natural gas complex (LNG or LNG in English). A few days earlier, on March 24, armed groups attacked the port city of Palma, just ten kilometers from the gas site, killing dozens. The raid had been claimed by the Islamic State group.

In Maputo, the body that governs Mozambique’s energy development, the National Petroleum Institute (INP), said Monday that until security is restored, “Total cannot fulfill its contractual obligations and could suspend and terminate other contracts depending on the duration of the suspension ”. Total was “forced to indefinitely suspend certain contracts”, explained Carlos Zacarias, president of the INP at a press conference, but “the main contracts between Total and its main contractors remain in force”.

A project only suspended

“Total did not abandon the project, it only suspended it,” he insisted. Carlos Zacarias specified that the “perforation” contracts were not suspended, insofar as “these activities take place at sea, offshore”. Since the end of 2017, jihadist groups have terrorized the province of Cabo Delgado, poor but rich in natural gas, located in northeastern Mozambique, on the border with Tanzania.

The deadly attacks on these fighters, known locally as “Al-Shabab” (“young people” in Arabic), have been on the rise over the past year: they are exerting spectacular violence, practicing rape, beheading and burning villages. , to mark the spirits. This violence has already killed more than 2,600 people, according to the NGO Acled, half of them civilians in this predominantly Muslim province. And they forced some 723,000 people to flee their villages and homes, the Mozambican government said last week. Many NGOs are present in the region to try to alleviate the serious humanitarian crisis resulting from these forced displacements.