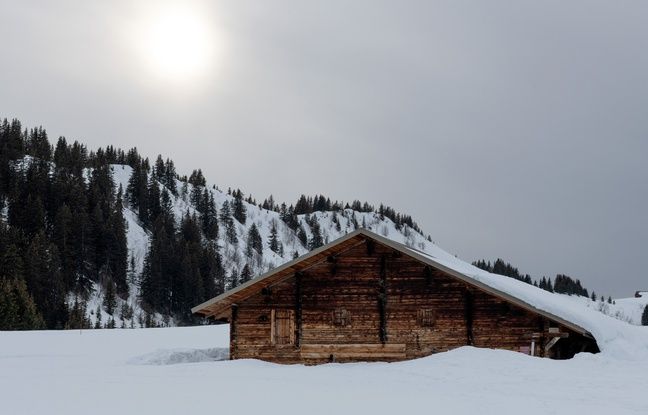 ” Tell me, when will you come back ? “. This winter, Barbara’s melancholy song has become the sad catchphrase of tourism professionals, depressed from waiting for these customers who do not arrive. The February holidays, which start this Saturday for zone A (Bordeaux, Lyon, Grenoble), should not change the situation. “They don’t look good at all,” confirms Valérie, owner for ten years of a hotel in Isola 2000, a ski resort located in the Southern Alps.

“With the real-false suspense around the ski lifts, I already didn’t have a lot of reservations. But when their closure was confirmed, the few clients I had left canceled, ”she told 20 Minutes. Valérie will therefore find herself alone, literally, in her establishment. “Next week, I have no socket, so I won’t open.” In the resort, some hotels belonging to large chains have even decided to close for the entire season.

A little further north, in Savoie, we are also very far from the big raclette and fondue atmosphere of winter evenings. “The season is over,” says Sébastien Buet, vice-president of the local Union of Trades and Industries of the Hotel Industry (Umih). He explains: “We are in uncertainty, people are still convinced that there will be containment, so requests are close to zero. And it’s not limited to ski resorts: in cities like Annecy or Evian, it’s the same thing ”.

According to a study by the PAP * site published on February 2 on the evolution of reservations, the mountains can indeed be afraid. “The large ski areas are the ones suffering the most from the health crisis. Some of them [Trois Vallées, Deux Alpes] show reductions in reservations of up to 90%, ”the document indicates.

And elsewhere, it is not necessarily better. “The postponements to other types of destinations – as was observed for Christmas – will not have taken place: even the secondary destinations that are the sea [-26 % de réservations] and the campaign (-26%) are in sharp decline ”, indicates the PAP study. Thus, the hotel reservation rate on the Côte d’Azur in February was 3% instead of the usual 21%, according to a provisional study by the Regional Tourism Committee (CRT) cited by AFP.

In the midst of this slump, a few destinations are doing a little better. These are the Vosges mountains (-7.5% of “only” reservations) and especially the Jura (+ 4.6% according to PAP). “What had been observed about the Christmas holidays remains partly in order: the mountain is not necessarily just skiing, it is also an atmosphere, which certain areas know how to enhance (cross-country skiing, snowshoes, sled dogs…) ”explains PAP. Overseas (Guadeloupe, Martinique) had also recorded a sharp increase in reservations… Until the end of January and the government’s decision to prohibit access to overseas territories for tourists.

Another reason for hope: the rental of cottages. “We note a good maintenance of reservations in mountain areas,” said a spokesperson for Gîtes de France, which offers 70,000 accommodation throughout France. The occupancy rate is indeed lower by only “10 to 15% compared to last year”, enough to make hoteliers jealous.

“Let’s not hang around”

Moreover, “taking into account last minute bookings, the overall occupancy rate in February should be up compared to last year”. This does not surprise Valérie, the owner of the hotel in Isola 2000: “When you have to go back to your hotel room at 6 pm with a meal, it’s a bit sad. Tourists prefer rentals where they have more space and can cook ”.

Due to lack of people in February, hoteliers are now focusing their hopes on spring. “The Easter holidays and even the month of May represent a real challenge, analyzes Sébastien Buet. So, if there is a need for containment, let’s not delay. The longer we wait, the more we mortgage the chances of seeing tourists again before the summer ”. Like Barbara, tourism professionals also know that all wasted time cannot be made up.