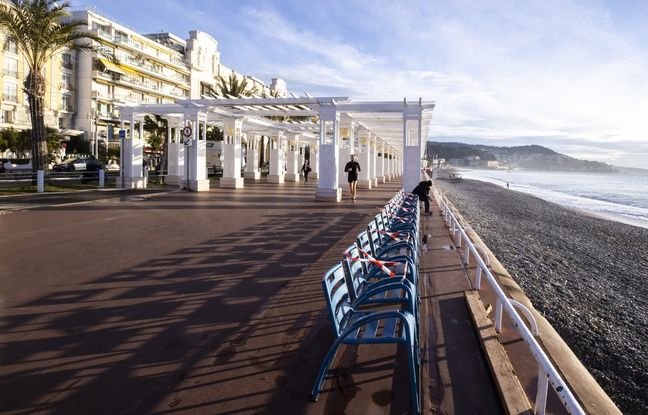 The crowded Promenade-des-Anglais, bathed in sunshine and Italian accents during the Christmas holidays, will not be for this year. Finally, there is hope for the sun, but the Transalpines will not be there, as will probably a large part of the foreign tourists in Nice and in the Alpes-Maritimes. Italy, which holds the record in Europe for the number of deaths from Covid-19 with more than 64,000 deaths, bans travel between regions from December 21 to January 6.

“Italians are huge for Christmas and especially for New Year’s Day! We are usually always full, ”says Laurent Rossi, executive director of Summer Hotels, which manages nine establishments in Cannes, Nice and Menton. This absent clientele is the entire Riviera tourism sector which is preparing to experience a new period of famine.

“We lose less by being closed than by staying open”

“We have no prospect, it’s a disaster,” says Denis Cippolini, president of the Federation of hotels, restaurants and tourism Nice Côte d’Azur. Our establishments are almost all closed. What do you want people to come to the Côte d’Azur for if our restaurants and bars are closed? They are not going to come and snack in a hotel room! “

Laurent Rossi has gradually closed all his hotels, with the exception of one establishment which will remain open in Menton, where it accommodates a more “Franco-French” clientele and since the storm Alex a few victims of the Roya valley “J ‘ I believed in it until the end, but we had to face the facts. We lose less by being closed than by staying open. “

75 rotations per day at Nice airport

At Nice Côte d’Azur airport, we still expect a marked increase in traffic. “Between Christmas and New Year’s Day, we are going to double the number of movements per day,” said a spokesperson. But with 75 rotations per day, the platform will be far from its usual activity in this period, which exceeds 150 arrivals. This year, traffic in Nice should level off at around 4.5 million passengers, three times less than in 2019. The Aéroports de la Côte d’Azur (ACA) company does not plan to reopen Terminal 1. “Before summer 2021”

In this slump, some see, however, in the constraints imposed by the coronavirus a new clientele, such as the brand new B & B hotel in Nice l’Arénas which has just opened its doors. “We have good prospects for the Christmas holidays: we hope to attract a traveling clientele for the holidays”, explains Nicolas Dolder, the regional director.

The idea? Attract customers who come to spend Christmas with their family in Nice and prefer to sleep in a hotel to avoid the risk of contamination. “We should reach 30% occupancy, which would already be good considering the current context! »During the year-end holidays, hotels in the Alpes-Maritimes normally display an occupancy rate of over 40%.