Tourists go tree-climbing on top of a tower, 300 meters above the ground 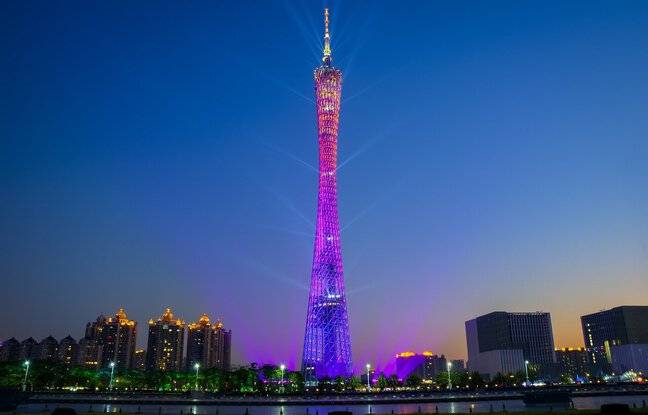 On the 57th floor, they advance with a confident step on a tightrope suspended in the void: in the south of China, tourists in need of adrenaline go tree climbing at the top of a television tower. In the shape of a needle with futuristic architecture, the Canton Tower dominates with its 600 m (antenna included) the huge eponymous metropolis of some 15 million inhabitants. The building, whose construction was completed in 2010, was at the time the tallest tower in the world.

Equipped with a helmet and a harness, the intrepid can now venture into the middle of its sinuous metal structure. And enjoy a panoramic view of the city that borders the Pearl River. “I have never had such an exciting experience,” said Peng Xin, who finished the 33-story climb in a white t-shirt, nearly 200 meters above the ground. Why did you embark on such a challenge? To “taste new things”, explains the young man, a lover of amusement parks and who claims to have visited most of them, with a smile.

“The security measures are good”

For thrills on the tallest tower in Canton, three routes are possible. Adventure price: 688 yuan (approximately 88 euros). However, on condition that you do not feel dizzy: the highest course ends at 298 meters above the ground.

Throughout, a trainer gives instructions and explains how to overcome the various obstacles: passages in balance on a rope, abseiling. “The instructions are clear and very detailed,” enthuses Li, a tourist who did not want to give his full name. “And the security measures are good,” he says. A climber with a pale face, she will go no further and stops in front of a tunnel of ropes. “I thought I was brave enough […] but my legs gave way. “