Towards a “government of change” without Benjamin Netanyahu 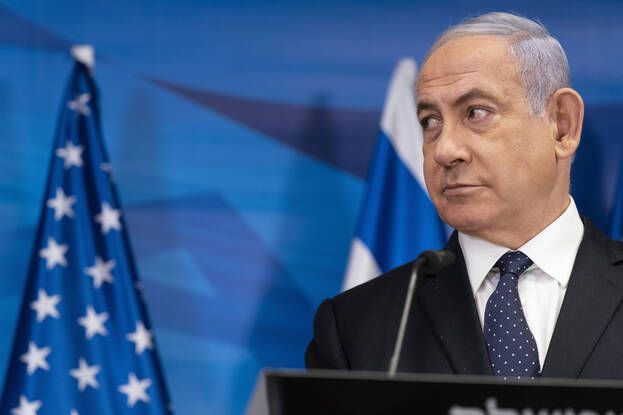 The page of the Netanyahu era is about to be turned. This Sunday, the herald of the radical right Naftali Bennett gave his support to the leader of the Israeli opposition, Yair Lapid. The centrist at the head of this movement only has to rally four deputies to form a coalition of a “government of change” which could bring down Benjamin Netanyahu, the most lasting Prime Minister in the history of Israel.

Naftali Bennett as head of government for the first two years

“I am announcing that I will do everything to form a unity government with my friend Yaïr Lapid”, declared Sunday evening Naftali Bennett, who for several weeks cultivated the mystery about his intentions. “In these moments of truth, you have to know how to take responsibility,” he added in a televised speech. “Yaïr and I have our differences but we share the love of this country. “

“The left makes compromises far from easy, when it grants me (…) the role of Prime Minister”, he continued. According to Israeli media, an agreement between the two men provides that Naftali Bennett will take the head of government for the first two years, before giving way to Yair Lapid. “This government will be a danger to the security of the State of Israel. This is the scam of the century, ”retorted in the wake of Benyamin Netanyahu, also in a speech broadcast on television.

To form a government, Yaïr Lapid, at the head of the Yesh Atid party (“There is a future”), must gather the support of 61 deputies. With the support of the left, the center and two right-wing formations, he had gathered 51, until the rallying of Naftali Bennett. The latter, at the head of the Yamina formation (“On the right”), won seven legislative seats on March 23, the fourth in two years. But one of its members had announced his refusal to collaborate with the anti-Netanyahu camp.

With these six additional supports, this bloc which calls for change after 12 years of leadership of the country by Benjamin Netanyahu, has yet to garner four supports and is counting on the Israeli Arab parties, which have not yet taken a clear position.

Failure of the Netanyahu coalition

After weeks marked by the 11-day war between ruling Palestinian Hamas in the Gaza Strip and the Hebrew state, tensions in East Jerusalem and clashes in Judeo-Arab towns in Israel, Yair Lapid revived on Friday his offer for a “government of national unity”, claiming to want a coalition that says “we are here together, our struggle is common, this country is the responsibility of all of us”.

Benjamin Netanyahu retaliated on Sunday morning by calling on Naftali Bennett and Gideon Saar, leader of a small right-wing party, to “come, now, immediately”, to start discussions with a view to a government coalition, on the principle of a rotation at its head, starting with Gideon Saar, then Benjamin Netanyahu and Bennett. Former Likud, Gideon Saar indicated on Twitter that he was not interested and remained faithful to his project: “to replace Netanyahu’s regime”.

Another scenario: a return to the polls.

Almost 25 years ago to the day (May 29, 1996), Benjamin Netanyahu defeated Labor Shimon Peres and became Prime Minister for three years. Returned to power in 2009, he has not left since. Tried for “corruption” in three cases, he is the first Israeli head of government to face criminal charges while in office.

Sunday, the free daily Israel Hayom, considered favorable to the Prime Minister, denounced an attempted “putsch” to end the Netanyahu era, supported by “representatives of Hamas”, an indirect attack against the Israeli Arab formation Raam (Islamist) of Mansour Abbas (4 deputies) who could support the Lapid coalition.

If the anti-Netanyahu camp fails to form a government, 61 lawmakers can ask the president to appoint a parliamentarian as prime minister. Another scenario, the most feared by voters already called to vote four times in just over two years: a return to the polls.