Towards a reopening in three stages, still without a timetable, according to the employers 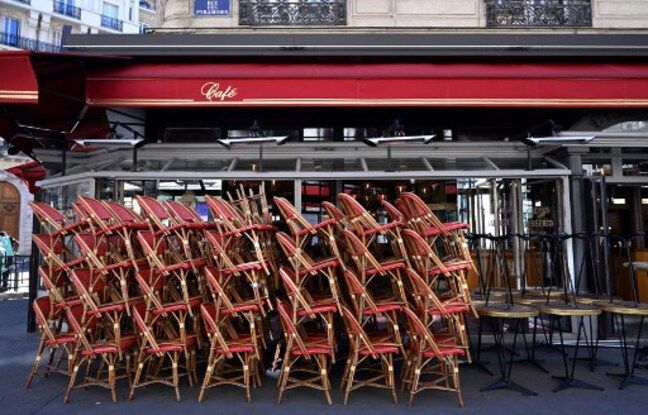 The professionals of the hotel and restaurant industry are working, with the Ministry of the Economy, on a reopening in three stages of four weeks each, of bars and restaurants. But without a schedule yet. The start will depend on the health situation, the employers’ organizations in the sector announced on Tuesday.

The ministers they met specify that the resumption of activity was subject to two indicators: “the number of cases of contamination per day and the number of people vaccinated”, indicate in a joint statement these organizations (Umih, GNI, GNC , SNRCT).

Full opening of establishments only in the third phase

The first phase would just allow customers of hotel restaurants to have breakfast in the dining room, while the second would see the terraces but also the rooms of cafes and restaurants – including those in hotels – reopen at 50%. of their reception capacity.

As for the third phase, it would be a “complete opening of the establishments, without gauge, but always in the respect of the reinforced sanitary protocol”.

The organizations were received in particular by Alain Griset, Minister Delegate in charge of small and medium-sized enterprises, Jean-Baptiste Lemoyne, Secretary of State in charge of Tourism and Laurent Pietraszewski, Secretary of State attached to the Minister of Labor, within the framework of of a consultation launched by the Prime Minister on March 5. The employers of the sector want that in phase 1, hotel restaurants can also welcome their customers for dinner and that cafes and restaurants be allowed to open their terraces.

A plan “accompanied by continued aid from companies”

This plan “will be accompanied by the maintenance of aid from companies – partial activity, adaptation of the solidarity fund and exemption from employer charges – and the application of the reinforced health protocol of September 2020” according to the employers’ organizations, to which will be added “A device for tracing customers by means of a QR code to be flashed at the entrance” of establishments.

The government is also working on a “nightclub plan” for the end of March, as well as specific measures for caterers and party organizers, while bowling alleys are “associated with indoor venues”, according to the same sources.

Asked by AFP, Bercy considered it premature to communicate at this stage on a “cycle of consultations with professional organizations”. These “modalities of reopening the sector” will still have to be examined by the Ministry of Health and the interministerial crisis committee, it was specified.