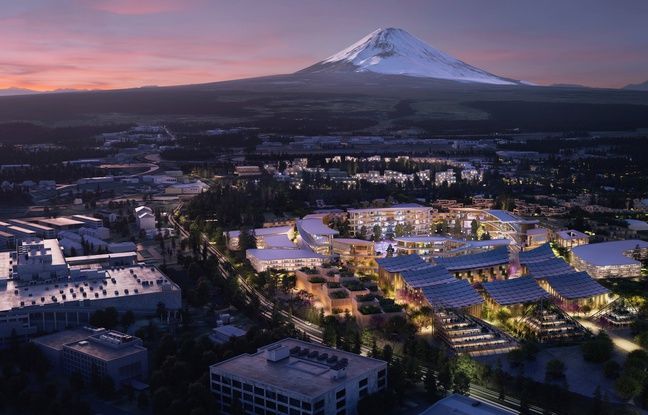 In Japan, the foundation stone for a new fully connected city is due soon. Toyota, at the origin of the project, launched this Tuesday the kick-off of its large laboratory for all the technologies of the future.

Automated driving, robotics, artificial intelligence… Called “Woven City” – a woven city – this experimental district located at the foot of the famous Mount Fuji will allow researchers to test their products, in real life, with 360 inhabitants first of all, then 2,000 when it grows, said the Japanese auto giant. Inventors and employees of the group will be the guinea pigs of this program.

On the site of an old factory… Toyota

Toyota officials held a groundbreaking ceremony on the 175-hectare land, intended to welcome the city, on the very spot where a Toyota plant once stood, which closed last year. “The ‘Woven City’ project officially kicks off today,” Toyota President Akio Toyoda said in a statement.

The birth of this smart city is part of the development strategy of the Japanese manufacturer of new technologies, while changes in regulations and consumer tastes continue to push the global automotive industry towards more respect for the environment, efficiency and automation. Toyota unveiled its “living laboratory” project in January 2020 at the CES show in Las Vegas, calling on investors from around the world to collaborate.

Toyota once again became the world king of auto sales in 2020, selling around 9.53 million vehicles from all brands of the group, overtaking its German rival Volkswagen (9.3 million).

Connected cities projects are multiplying around the world, particularly in North America and China, with the Gafa (Google, Apple, Facebook, Amazon) on one side and the Chinese government on the other, together with the giants local Huawei, Tencent or Alibaba. These projects are benefiting from the acceleration of deployments of the new 5G mobile technology, which should allow a speed much higher than 4G with a response time reduced to a minimum.