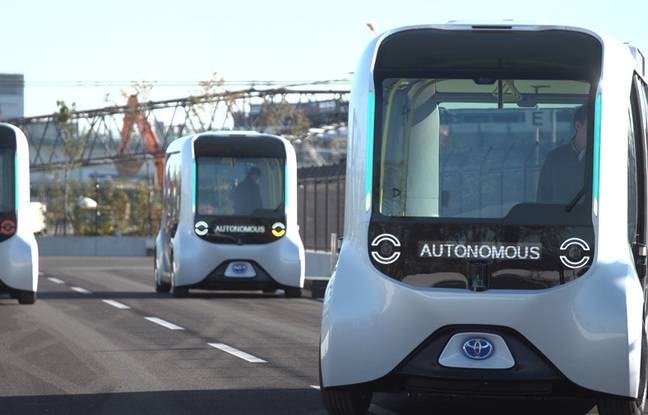 In 2018, Toyota presented a versatile autonomous vehicle concept, the e-Palette. A sort of minibus that can accommodate up to 20 people at a time which was initially supposed to facilitate the transport of athletes and staff during the Tokyo Olympics last July. Unfortunately, due to the coronavirus pandemic, the Games have been postponed until next year. And if the Toyota project has also suffered from the health crisis, the latter has not been abandoned.

The Japanese car manufacturer has indeed announced that the e-Palette was still in the works and that it was also at a well advanced stage. The first autonomous electric shuttles could hit the road in the course of 2021, even if the Olympic Games do not ultimately take place.

The concept of the vehicle has indeed aroused the interest of many potential customers including Amazon, Pizza Hut and Uber, assures the company. “We have received many inquiries from people questioning the fate of e-Palettes after the postponement of the Olympics,” said Keiji Yamamoto, president of Toyota Connected Company.

The e-Palette takes the form of a glazed minibus without a place for the driver since the vehicle is fully autonomous. It can accommodate up to 20 people and has seats that can be folded up to free up space.

The first entry into service of the e-Palette shuttles will ultimately take place at the foot of Mount Fuji, in the town of Woven City, and will provide transport for residents, as well as various supplies and deliveries. Versatile, the vehicle can indeed turn into a sort of mobile market. Toyota wants to market the e-Palette in several regions of the world from the start of the 2020s. The Japanese manufacturer should also share the technical specifics of its machine over the coming months. For now, Toyota has indeed been rather discreet about this.