Trade federations call for a ban on Black Friday 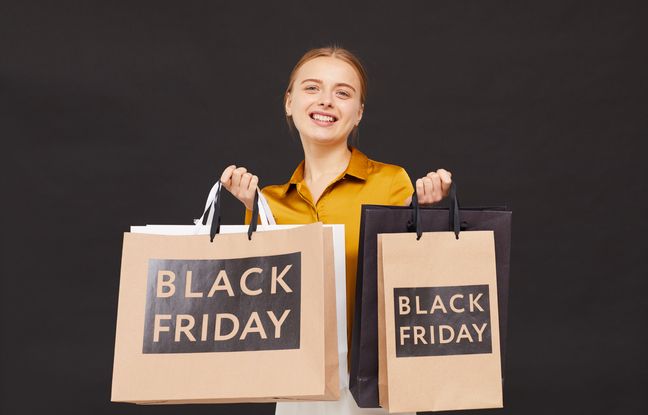 Will he stand? Four federations of downtown stores and shopping centers have asked the government to restrict online sales “only to basic necessities” and to ban “Black Friday”, in a column published in the Sunday Journal.

They are also asking to be able to reopen “non-essential” businesses from 12 November.

The Minister of the Economy Bruno Le Maire for his part warns that a reopening “can only be considered with new health rules”, in an interview given to the same weekly. He cites as examples a possible increase in the reception gauge, “today of 4 square meters per customer”, or access to shops by appointment.

“The measures taken to curb the spread of the virus only increase the scandalous inequality of pre-existing treatment between physical merchants and web merchants, at the risk of the former and for the exclusive benefit of the latter,” lament the Confederation of French traders (CDF), the French Federation of Merchant Associations (FFAC), the National Federation of “Vitrines de France” city centers (FNCV) and the National Council of Shopping Centers (CNCC).

In this forum bringing them together in an “unprecedented” way, the organizations agree that the closure of so-called “non-essential” businesses dangerously benefits online shopping platforms already regularly accused of unfair competition, such as Amazon and Alibaba.

These, denounce the signatories, “now redouble the propaganda to attract customers, our customers” with the approach of the Black Friday sales period, at the end of November, and Christmas. They demand “the immediate ban of Black Friday 2020”.

“Taking Amazon as a scapegoat is not the solution”

They also call for “the end of the existing structural inequity between the community of French merchants and 100% web merchants”, in particular in terms of taxation and regional planning, with the “establishment of a moratorium on all new warehouse projects ”.

“Taking Amazon as a scapegoat is not the solution: this player only represents 20% of online commerce in France,” said Bruno Le Maire for his part.

To encourage the digitization of small local shops, the government plans to list, as of Tuesday, existing solutions on the clique-mon-commerce.gouv.fr site.

“Then, each business closed administratively – and which is not yet digitized – will be able to benefit from an aid of 500 euros to do so”, underlines Bruno Le Maire, adding that the State intended to help financially “the communes which wish to develop a local e-commerce platform bringing together all the businesses in its city ”.