Traders ask to be able to open on Sundays in January 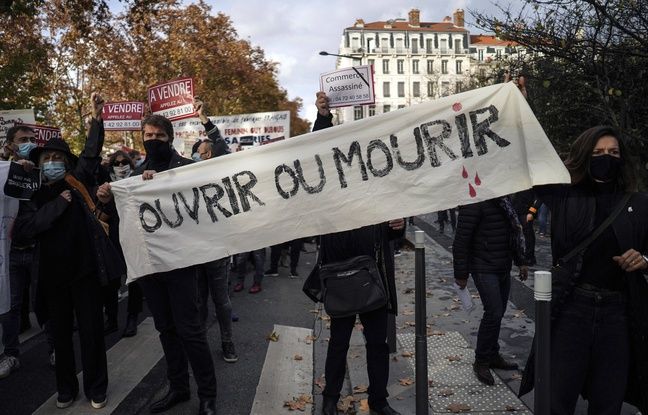 In an exceptional situation, traders want exceptional measures. The French Commercial Council (CDCF) thus asked Monday to open on Sunday in January. Many businesses are undergoing a “significant decline in turnover” and their concern “grows as the support measures are reduced”, warned the association.

“We are strongly counting on the State to support companies in the sector, and not only the smallest because several networks of retailers are close to the definitive cessation of activity”, explained the CDCF, which brings together around thirty professional federations. Trade. In a press release, he therefore asks in particular to “be able to open every Sunday in January”, via a renewal of the collective exemption procedure decided on November and December to “spread out” the end-of-year races.

The risk of permanent closures

According to the CDCF, and “despite a good recovery in consumption linked to Black Friday and end-of-year purchases, the turnover” of so-called non-essential traders “remains below their forecasts”, with some sales decline of more than 20% over the year in clothing, footwear, beauty-perfumery and jewelry. Inventories also remain very high, according to the CDCF. “Many traders could decide to permanently lower their curtain to avoid deepening their losses and perpetuate an insurmountable economic situation”, also estimated William Koeberlé, President of the Council of Commerce of France.

Faced with these concerns, the Pas-de-Calais prefecture has already authorized, by decree signed on December 24, the opening of all shops – except bars, restaurants and nightclubs – every Sunday in January, she announced. in a statement Monday evening. The derogatory opening measure taken for the end of November and December is “renewed” for all Sundays in January. It had been taken “in order to better regulate flows in a health context characterized by a high level of circulation of the virus, but also to make it possible to compensate for the decreases in activity and turnover suffered”, recalls the prefecture.