Traders sound the alarm and demand to reopen on November 12 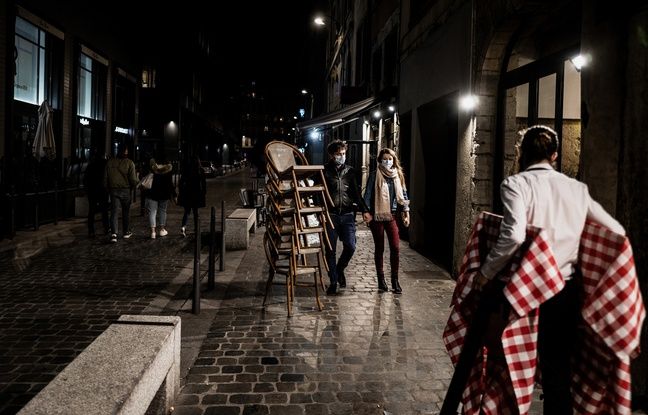 How long will they still be able to hold out? The traders of the Lyon peninsula, considered non-essential, are in agony. The second confinement was experienced as an additional blow with the sledgehammer and the decision was, for most of them, misunderstood.

“We have decided to put pressure on the government to obtain something and have prospects, even if only a timetable for recovery,” announces Clément Chevalier, president of My Presqu’île, which brings together more than 700 traders in Lyon. The shops are asking to resume service on November 12, when the government planned to reopen the stores if the health situation allows.

October and November: 30 to 60% of annual turnover

“We can stick to the limit until December 1, but not beyond. The months of October and November represent between 30% and 60% of annual turnover. Economically, it will not work if we have to continue to close our stores, ”warns Clément Chevalier. In Lyon, the annual turnover on the peninsula amounts to one billion euros and 8 billion for the whole city. The losses at the end of the year are expected to be colossal.

“The renegotiations of rents and the promised aid will never live up to what is expected. Obtaining 1,500 euros or 10,000 euros will not allow us to pay our charges ”, underlines Olivier Michel, president of My Presqu’île. Some brands already fear they will no longer have cash to rebound in 2021. “The situation is really very complicated,” he continues. Not all of them are digital and cannot set up a Click and Collect system ”.

According to the estimates of the commercial courts, approximately 30% of businesses, TPE could go out of business in the coming months. “We will not live on credit for very long,” predicts Olivier Michel. “At the first deconfinement, everyone agreed to make sacrifices with regard to health issues. But today we are in a decisive period for traders. Even if we want this pandemic to decline, we cannot resign ourselves to being sacrificed, ”concludes Clément Chevalier.