Transatlantic relationship and defense industry on the menu 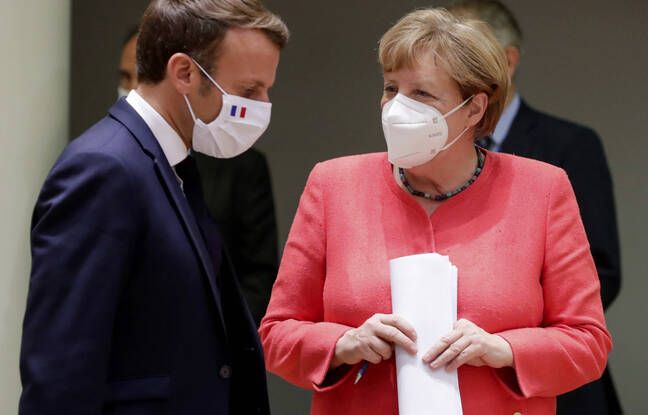 Angela Merkel and Emmanuel Macron were to discuss major defense issues, especially industrial ones, on Friday, as well as the transatlantic relationship during a Franco-German virtual defense council, the first since Joe Biden took office.

“The President and the Chancellor will discuss, in the presence of their Ministers of Foreign Affairs and the Armed Forces, on the strengthening of European sovereignty and will make a progress report” on the major current issues, political, diplomatic, and industrial, according to the French Presidency. “They will address in particular European defense issues, with a view to the February European Council, when the German Presidency of the Council of the EU has just ended and France will assume the Presidency in the first half of 2022, as well as transatlantic and international issues, ”according to the same source.

The hope for a normalization of transatlantic relations

The previous meeting in this context had taken place in Toulouse (south-west of France) in October 2019, shortly before Emmanuel Macron’s shattering declaration on NATO’s “brain death”. A sentence that fueled a thorny debate on the European strategic autonomy desired by France, and on which Germany expressed reservations, considering that European security was precisely the responsibility of NATO.

It is also the first meeting in this format since Jo Biden took office at the White House, which fuels hopes for a certain normalization of transatlantic relations, after four years of a Trump presidency marked by his incessant attacks against NATO and Europe.

The leaders will therefore wonder about “how and in what direction to continue on European security issues, also in view of the transatlantic relationship”, summarized Thursday the German researcher Claudia Major, director of the research group “international security” at the within the German Institute for International Relations and Security (SWP), in front of the Europresse association.

They will also evoke “subjects of armament, the SCAF (Air combat system of the future) and the MGCS tank (English acronym for Main land combat system), where there is some hope of finding a solution to be able to move forward, ”she predicts.

Announced in 2017, the Scaf is a project developed in several phases. Partner countries are currently negotiating the development of a flight demonstrator by 2026, which will require a total of 6 billion euros, according to a source familiar with the matter.

But the progress of the file is laborious and cooperation between the two countries and their industrialists very complex. “The Scaf shows in miniature all the problems of the Franco-German couple” says Claudia Major. She cites as an example the fact that the French General Directorate of Armament (DGA) has no equivalent in Germany and the power of the Bundestag, which validates the budget, and which is much stronger the National Assembly in Paris. Or the imbalance between the powerful French military industry and its German alter ego, of a much more modest size.

The Scaf is also likely to be affected by the political transition in Germany, after the departure of Angela Merkel at the end of the legislative elections in September. “If we want to do something, it is before the electoral deadlines in Germany and France”, according to the source familiar with the matter.

In view of this succession of Angela Merkel, Emmanuel Macron will also meet with one of his potential successors, Markus Söder. Praised for his handling of the pandemic, Markus Söder, who heads the Christian Social Union (CSU), a party allied with the Chancellor’s Christian Democratic Union (CDU), is currently the most popular political figure behind Angela Merkel .

The new group will be formed by Esmalglass, Itaca and Fritta together with Ferro TCB, Quimicer, Endeka Ceramics, Vetriceramici,...
Read more
- Advertisement -

Is investing with a ‘robbery advisor’ cheaper?

Automated managers or 'robo advisor' are a very useful tool for all those who want to start investing. In...
Read more