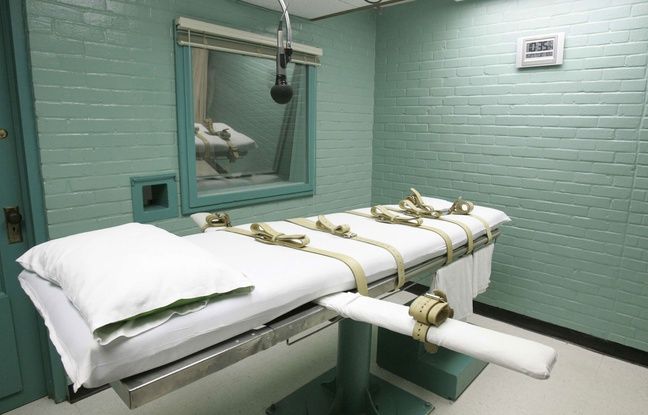 Breaking with a tradition that outgoing unreelected presidents temporarily suspend executions, the Trump administration ordered the death sentence of a prisoner on Thursday in the United States.

Orlando Hall, a 49-year-old Afro-American, was executed from an injection of pentobarbital in an Indiana state prison, the Justice Department said. He was sentenced in 1995 to the death penalty for having participated in the kidnapping, rape and murder of a 16-year-old girl, Lisa Rene, whom he had beaten and buried alive, along with accomplices, in the framework of a settling of accounts.

He was executed after the rejection of a final appeal by the Supreme Court. It was the first decision of new Supreme Court justice Amy Coney Barnett, who spoke like the five other Conservative justices in the nine-magistrate court. This is the eighth federal execution since the resumption this summer of a practice that had been put on hold for 17 years and opposed by Democratic President-elect Joe Biden, who is to be sworn in on January 20.

While almost all American states have renounced the application of the death penalty since the start of the pandemic, the government of Donald Trump has instead carried out an unprecedented number of executions: eight since July, against three in the past 45 years. . Two more executions are planned in the coming weeks, despite a tradition observed for 131 years that the unreelected presidents suspend executions until their successor is sworn in.

Donald Trump still refuses to acknowledge his defeat to Joe Biden in the November 3 election. “Today, Orlando Cordia Hall was executed in the US penitentiary in Terre Haute in accordance with the death penalty unanimously recommended by a federal jury,” the Department of Justice said on its website. Although their client did not deny the role he played in the death of Lise Rene, his lawyers Marcia Widder and Robert Owen denounced “racist prejudice” during his trial before an all-white jury.

According to them, his record “reflects the troubling racial disparities in the death penalty in the United States”, where 45% of death row prisoners are African-Americans, while they represent only 13% of the global population. The Justice Department has scheduled two more executions in the interval between the presidential election and the swearing-in in January. The execution of Lisa Montgomery, who would be the first woman executed by the federal government in 70 years, initially scheduled for December 8 has been postponed to December 31 because her lawyers contracted Covid-19. The United States also plans to execute Brandon Bernard on December 10.