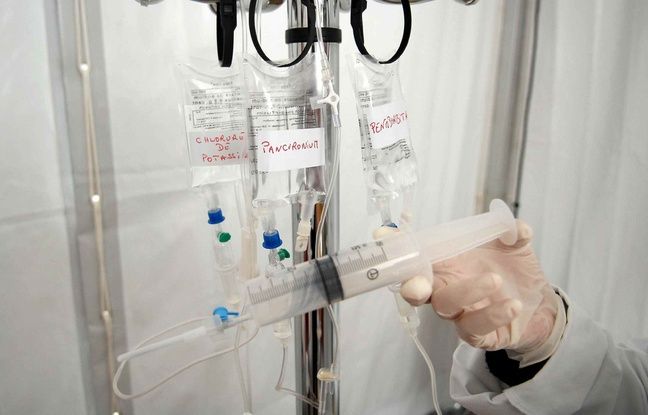 Ignoring the calls for clemency and the outbreak of Covid-19 among the executioners, the government of Donald Trump, determined to carry out executions until the last days of his mandate, is preparing a new lethal injection on Thursday.

Brandon Bernard, a 40-year-old African-American, must be executed for participating in a double murder in 1999 in Texas, when he was just over 18.

Nearly 500,000 people have signed two initiatives to ask the Republican president to commute his sentence to life imprisonment, highlighting in particular his lack of maturity at the time of the crime and his good behavior in prison. With other young people, he had taken part in the kidnapping of a couple of white pastors, who had been shot and burned in their car. Some of the attackers were under 17 and escaped the death penalty. Two have already been released from prison.

But the perpetrator, Christopher Vialva, 19 at the time, and Brandon Bernard, who set the vehicle on fire, both received death sentences in 2000 by a federal court because the crime s ‘took place on military terrain. The first received a lethal injection in September at Terre-Haute Penitentiary, Indiana, and, barring a last-minute reprieve, the second is to suffer the same fate Thursday night.

It will then be the ninth federal execution since July, after the practice was put on hold for 17 years. Despite Donald Trump’s presidential defeat – which he refuses to concede – his government has planned four more executions by the time he leaves the White House. The last convict is expected to die on January 15, five days before Democrat Joe Biden is sworn in, who wants to end federal executions. For 131 years, however, the tradition has been that outgoing presidents postpone executions pending the arrival of their successor.

“The government is not at all in tune with the approach” of its predecessors, since there have only been three federal executions in the past 45 years, notes Ngozi Ndulue, research director at the Center d ‘ information on the death penalty (DPIC). It is just as “out of step” vis-à-vis developments in the country, where new death sentences and support for the death penalty are at historic lows, she adds. But above all, she notes, “he stubbornly pursues executions in the midst of a global pandemic, it’s startling.”

Faced with the health risk, even the states most attached to the death penalty, such as Texas, have suspended executions which generally involve a hundred people from all over the country. In the week following the last federal execution, on November 19, six members of the executioner team tested positive for the new coronavirus, as well as the convict’s spiritual advisor.

In this context, more and more voices – editorialists, UN experts, Catholic bishops … – are asking the government to give up. Protests are planned in Washington on Thursday. All these convicts have committed “horrible crimes”, retorts the Minister of Justice Bill Barr, who assures to limit himself to “apply the sentences declared by the courts”.

Share
Facebook
Twitter
Pinterest
WhatsApp
Previous articleShould we fear an increase in the price of fish in the event of a “no deal”?
Next articleDespite the Covid-19, Airbnb is a hit for its IPO