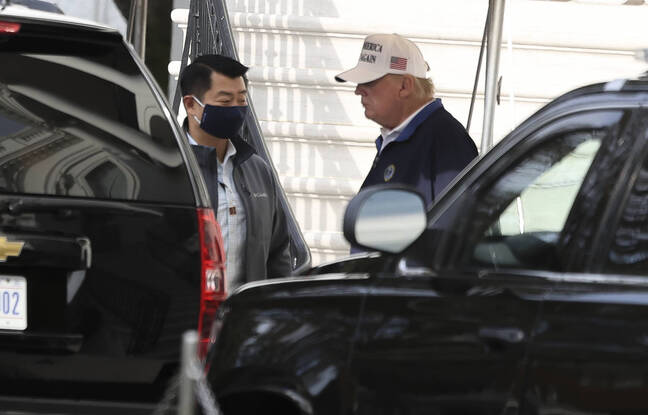 Chris Krebs knew, according to the American media, that his days were numbered. On Tuesday, Donald Trump announced that he had sacked the head of the government agency in charge of electoral security, who had contradicted his accusations of fraud by believing that the presidential election of November 3 had been “the safest of the world”. history of the United States ”.

“Chris Krebs’ recent statement on the security of the 2020 elections was very inaccurate, as there have been massive irregularities and fraud – including deaths who voted and observers who were not allowed into offices of voting, ”wrote the outgoing president. “This is why Chris Krebs was removed from his post as director of the cybersecurity and infrastructure security agency, with immediate effect. “

…votes from Trump to Biden, late voting, and many more. Therefore, effective immediately, Chris Krebs has been terminated as Director of the Cybersecurity and Infrastructure Security Agency.

This government agency called CISA, has been struggling in recent days to dismiss accusations of large-scale electoral fraud, after the apparent victory of Joe Biden. “There is no evidence of a voting system having erased, lost or changed ballots, or having been hacked in any way,” she said in a statement, alongside other US agencies responsible election security. After the announcement, he tweeted that he was “honored” to have served in the US government.

Honored to serve. We did it right. Defend Today, Secure Tomrorow. #Protect2020