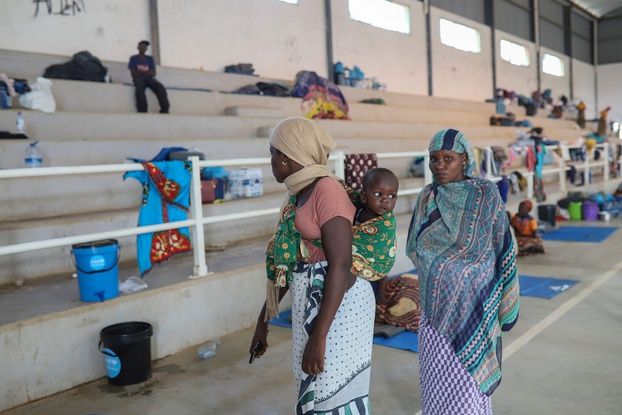 Twelve decapitated bodies were discovered near the Amarula hotel in Palma, northeast Mozambique, more than two weeks after a bloody jihadist attack that left dozens dead, according to the military and a security source. “There were 12 bodies, all beheaded, one of my men was there,” Lionel Dyck, head of a South African private military company, Dyck Advisory Group, which was reinforcing Mozambican troops in the region, told AFP on Friday. fight against jihadists in the poor but natural gas-rich province of Cabo Delgado.

The commander of military operations in Palma, Chongo Vidigal, said a team of forensic scientists was on the scene to identify the bodies. “It is urgent,” he said on public television, “the bodies are in a state of decomposition”.

An evacuation that turns into a drama

On March 24, armed groups launched a carefully prepared raid on the port city of 75,000 inhabitants, just a few kilometers from the French group Total’s gas mega-project on the Afungi peninsula. About 180 people, including foreigners, took refuge at the Amarula Hotel, one of the main accommodation places in the city, on the way to the airport. Assaulted by the rebels, who surrounded the hotel, they remained trapped for more than 48 hours.

Attempts to evacuate by helicopter failed under heavy fire from the rebels. On March 26 at the end of the afternoon, an evacuation by convoy of cars turned into a tragedy. As soon as they left the hotel, the convoy was ambushed: seven out of 17 pick-ups managed to get out of the combat zone. At least seven people were killed, more than sixty missing.

For more than three years, Islamist fighters have terrorized this predominantly Muslim province on the border with Tanzania, by exerting spectacular violence, practicing rape, beheading and burning villages, to mark the spirits. Officially, dozens of civilians, police and soldiers were killed in the raid on Palma. But the real toll, no doubt heavier, is not yet known.