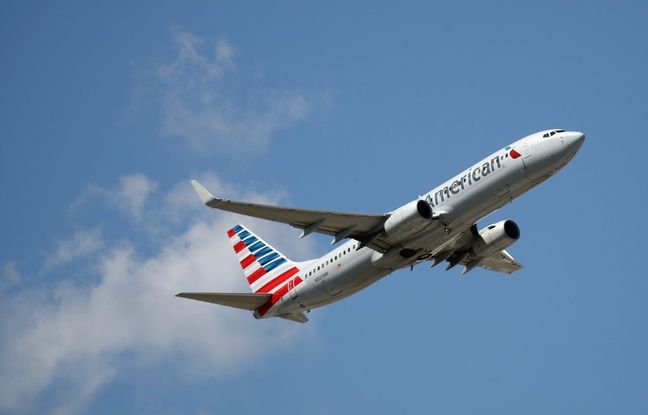 After twenty months of immobilization on the ground following two accidents which killed 346 people in the space of five months, the United States authorized, this Wednesday, Boeing to fly the 737 MAX again.

Before they can be returned to service, several modifications will have to be made on the planes, however stressed the United States Aviation Agency (FAA) in announcing the green light.

All planes revised one by one

The pilots will also have to undergo new training before taking control of a Boeing 737 MAX in the American sky. “It has been a long and grueling road to this decision,” said FAA Director Steve Dickson. “But we said from the start that we would take the time we needed to get it right. Steve Dickson himself flew the plane on a test flight in September and assured him that he would settle his family there without any problem.

In addition to the requested changes, airlines will have to perform maintenance work on airplanes stationed on airport tarmacs since March 2019. The 450 aircraft stored at Boeing will have to be examined by an FAA inspector before being sent to the airplanes. clients. However, American Airlines has already scheduled flights at the end of December between Miami and New York. Southwest, the company operating the most 737 MAXs in the world, will not reuse any until the second quarter of 2021. The 737 MAX, which was Boeing’s sales engine before its setbacks, will not immediately return to the sky Global: Civil aviation authorities in other countries have decided to carry out their own certification.

Many reviews after accidents

The Canadian agency said on Wednesday that it should “very soon” complete its validation process, while the European agency should officially give its green light at the end of 2020 or early 2021. The American decision is an “important step”, a Boeing reacted in a statement, assuring that it was ready to work with regulators around the world for a rapid return to service. “These events and the lessons we learned from them have reshaped our business and focused more on our core values ​​of safety, quality and integrity,” added CEO David Calhoun.

Both Boeing and the FAA have been the subject of much criticism after the accidents, the manufacturer being accused of having sacrificed safety on the altar of profit and the regulator of having let it be. “We were told the plane was safe when it was certified in March 2017 and again after the Lion Air crash in October 2018. Saying ‘trust us’ is no longer enough,” the firm said. attorneys Clifford Law, who represents several families of the victims who filed a complaint against Boeing. The FAA director has previously warned that it was “inevitable” that a 737 MAX would at some point have to return to the airport mid-flight, due to a mechanical problem or suspected problem. But this is regularly the case on all aircraft models, he insisted.

To bail out Boeing’s coffers, weighed down by the epidemic

Boeing has set up an operations center that will monitor flights 24 hours a day. The 737 MAX will return to an area hit hard by the Covid-19 pandemic, with airlines in dire financial straits and traffic at half mast. The Seattle manufacturer will nevertheless be able to resume deliveries, which will allow it to be paid and to replenish its coffers. The main modification to be made on the planes will be the MCAS flight control software, which the pilots of the flights of Lion Air, on October 29, 2018, and Ethiopian Airlines, on March 10, 2019, have failed to master. Other software must also be changed, as does the repositioning of some cables.

The crisis was deep for Boeing, with in particular the dismissal of its ex-boss, Dennis Muilenburg, at the end of 2019, after several months of friction with the FAA. Boeing estimates for now that the 737 MAX crisis has cost it around $ 20 billion, between additional production costs and compensation offered to airlines. To this must be added the loss of income linked to maintenance for nearly two years, the deterioration of the group’s image and the sums that the manufacturer will pay to the families of the victims. The decision of the FAA, however, allows the manufacturer to take a breath of fresh air, which raised its share of 2% on Wall Street.