Two Chinese vaccines already given to a million people 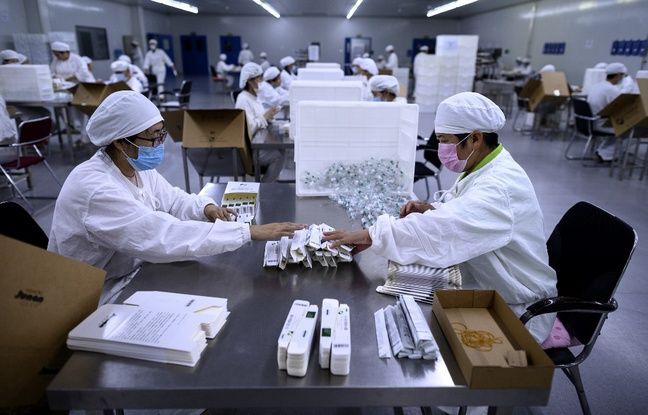 Two experimental anti-Covid vaccines from the Chinese firm Sinopharm have already been administered “urgently” to nearly a million people, the pharmaceutical company said on Friday, without however providing clinical data showing their effectiveness.

For needs deemed urgent – such as employees and students going abroad, or even particularly exposed workers, such as caregivers – since this summer, China has authorized inoculations of vaccines not yet approved.

In this context, “our vaccines have been inoculated to nearly a million people and we have not had any feedback reporting serious adverse reactions,” said Liu Jingzhen, president of Sinopharm, on the website of the group. According to the company, none of the people inoculated with their vaccines caught Covid-19, despite having traveled to “more than 150 countries”.

China, where the novel coronavirus was first spotted at the end of 2019, currently has four vaccines in phase 3 human trials – the last before possible approval. As patients are very few in the Asian country, where Covid-19 has been largely contained since the spring, these tests are being carried out abroad.

Sinopharm’s phase 3 clinical trials, which includes two vaccines that have reached this stage, are thus taking place in around ten countries such as the United Arab Emirates, Argentina, Peru, Egypt and Jordan. The president of the state-owned company, Liu Jingzhen, assured that his group is “at the forefront of the world” in the development of anti-Covid vaccines. However, he did not put forward any scientific data.

Chinese President Xi Jinping pledged that any vaccine produced by a company in his country would become “a global public good,” which would be made accessible to developing countries. Competition has intensified in recent weeks between global pharmaceutical companies. The American-German duo Pfizer / BioNTech and the American biotechnology company Moderna have published data in recent days showing that their vaccines have an effectiveness of 95% and 94.5% respectively.