Two dead and at least 20 injured in Florida shooting 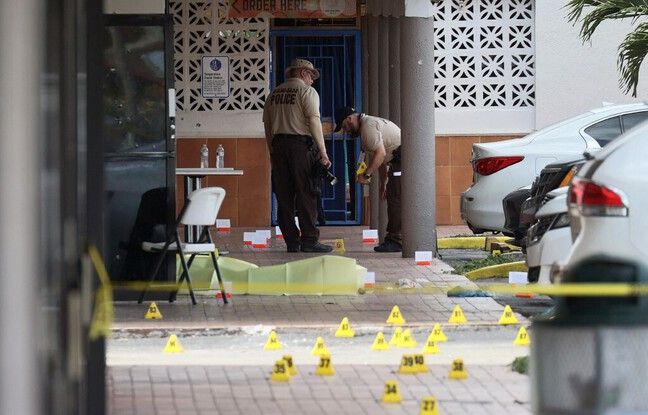 Two people were killed and at least 20 injured on Sunday when three men “shot at the crowd” in front of a hall hosting a concert in the suburbs of Miami, in the US state of Florida, local police said. The shooting happened overnight in a shopping area near Miami Gardens. The venue, a pool hall, “hosted a scheduled event and several spectators stood outside,” Miami-Dade County Police said in a statement.

Three individuals then got out of an SUV “and began to shoot indiscriminately at the crowd”. The trio then got back into the car and fled, according to the same source. Two people were killed, while at least 20 injured were hospitalized, at least one of them in critical condition. In a tweet, the county police chief, Alfredo «Freddy» Ramirez III, condemned “a targeted and cowardly armed act”.

“They are cold-blooded murderers who shot indiscriminately in a crowd, and we will seek justice,” he said. The police called for any testimony to identify and locate the perpetrators of the shootings. The United States has a long and painful history of gun violence, with high-profile shootings targeting schools, workplaces and shopping malls. Homicides increased in the country last year.

Florida remains particularly marked by the massacre perpetrated in June 2016 by an American of Afghan origin in a gay nightclub in Orlando, where 49 people were killed. In recent months, shootings have taken place at a FedEx center in Indianapolis, an office building in California, a grocery store in Colorado and several spas in Atlanta, among others. On Wednesday, a public transportation company employee killed eight people at the company’s San Jose, Calif., Site before taking his own life.

This umpteenth shooting had once again revived the debate on the proliferation of firearms in the United States. “Enough,” hammered President Joe Biden on Wednesday, urging again “Congress to act immediately and heed the will of Americans, which includes a large majority of gun owners, to put an end to this epidemic. gun violence in America ”. But Democrats only have narrow majorities in Congress, which reduces the possibility of parliamentarians adopting major reforms in this area.

Last month, the Democratic president had already called gun violence in the United States an “epidemic” and “international embarrassment”. According to the Gun Violence Archive, there were more than 43,000 gun-related deaths in the United States last year, a figure including suicides.