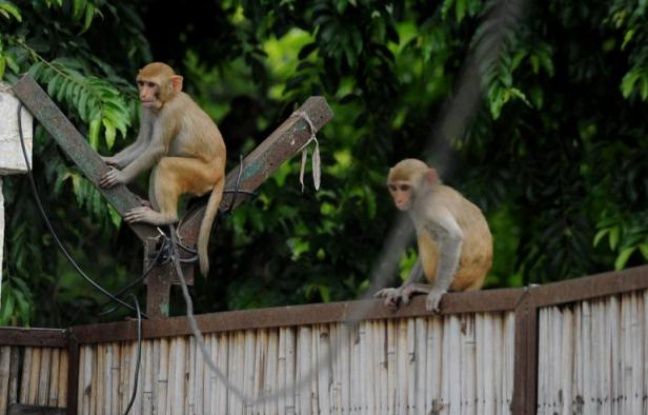 Two men suspected of having used monkeys to steal money in the streets of New Delhi (India) were arrested on Thursday. The duo were arrested after a man filed a complaint.

The victim, a lawyer, told police officers that three men with monkeys surrounded him and robbed him of 6,000 rupees (67.50 euros) while he was in a vehicle. “The men got on board and asked a monkey to sit in the front seat, another in the back,” said a police official on Saturday.

Monkeys trained for the attack

“They took the money the lawyer had in his wallet and ran away with the monkeys,” he said. Police suspected a gang of other similar attacks. A special team was formed to investigate, and those responsible and their monkeys were eventually arrested at a bus stop. A third suspect managed to escape.

All over India, authorities are facing this new threat from monkeys. In large cities, animals do not hesitate to enter homes in search of food. According to a law of 1972, it is forbidden to capture them but some are regularly caught and trained to attack and rob the inhabitants.

In 2020, in the city of Meerut, in the north of the country, a group of monkeys attacked a medical official. The primates snatched blood samples from him from patients who tested positive for Covid-19.