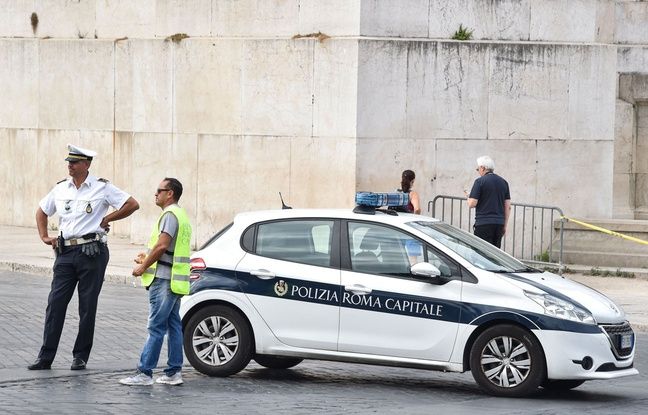 The day after the arrest in flagrante delicto of an Italian naval officer who handed over “classified” documents to a Russian serviceman for a sum of money, two Russian officials were expelled from Italy on Wednesday, said the police in a press release.

“In the evening of yesterday” (Tuesday), gendarmes of a special unit “arrested an officer of the military navy”, explains the press release.

The operation, carried out under the supervision of the Italian counter-espionage and the Defense Staff, “targeted a frigate captain of the military navy and an officer accredited to the Embassy of the Russian Federation, both being accused of serious offenses relating to espionage and state security, ”the police said. “The intervention took place at the time of a clandestine meeting between the two men, caught in the act of handing over classified documents by the Italian officer in exchange for a sum of money”, which according to several Italian media s ‘amounts to 5,000 euros in cash.

The Italian officer has been arrested, while the Russian serviceman is protected by his diplomatic status. The Italian Foreign Ministry summoned the Russian Ambassador to Rome on Wednesday, to whom “we conveyed the firm protest of the Italian government and notified the immediate expulsion of two Russian officials involved in this very serious affair”, announced in the middle during the day the head of Italian diplomacy Luigi Di Maio. It is not immediately known whether the officer caught in the act is among the expelled.

Tensions between Russia and Europe

In Moscow, Kremlin spokesman Dmitry Peskov said that the Russian presidency “had no information on the causes and circumstances” of this affair. “We hope that the positive and constructive character of Russian-Italian relations (…) will be preserved,” he added. According to the Italian news agency AGI, citing judicial sources, the Italian officer “would have” provided his interlocutor with copies of military documents concerning Italy but also NATO and the exchange “would have” occurred in a parking lot. from the capital.

This case comes against a backdrop of tensions in relations between Russia and Europe, in particular because of the imprisonment of the opponent Alexeï Navalny and several other cases of espionage. Moscow accuses the European Union of having a “confrontational” position towards it, while the EU blames Russia for the deterioration of relations, urging it for “sustained progress” on human rights, as well as “The cessation of cyber attacks” against its member states.

Thus, several German parliamentarians and other political figures were the subject of a recent computer attack whose trail could go back to Russia, according to several German media.

Likewise, Bulgaria announced about ten days ago the expulsion of two Russian diplomats after the discovery of a suspected spy network for the benefit of Russia, a decision which also comes in a context of tensions between these two countries. Finally, a French officer stationed at a NATO base in Italy suspected of having provided highly sensitive documents to the Russian secret services was imprisoned in Paris in August.