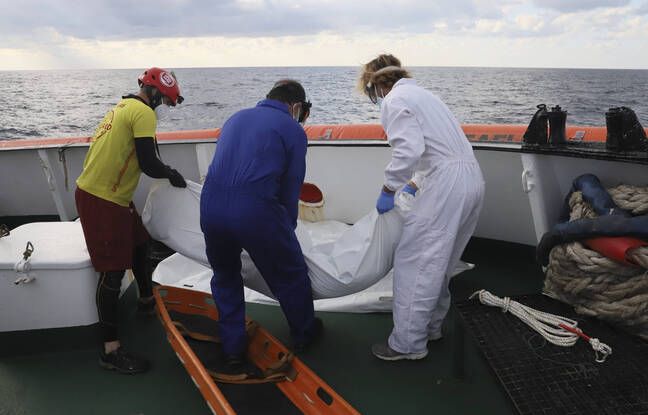 It is a new tragedy of illegal immigration. Nearly 100 people, mostly African migrants, drowned in 24 hours in two shipwrecks off Libya.

The Médecins Sans Frontières (MSF) teams in the town of Sorman “assisted three women, the only survivors of a shipwreck in which 20 people drowned” on Thursday, the NGO reported on its Twitter account on Friday before dawn. . “Rescued by local fishermen, they were in shock and terrified, they saw loved ones disappear under the waves, die before their eyes,” according to MSF.

47 survivors transferred to a migrant center

Shortly before, the International Organization for Migration (IOM) reported at least 74 dead in a shipwreck off Khoms, some 180 km east of Sorman. In all, 47 survivors who undertook this perilous crossing of the Mediterranean to reach the Italian coasts and Europe were brought ashore by the Libyan coast guards and fishermen.

“Seven women are among the survivors,” Mokhtar Salem Mohamed, an official at the Libyan interior ministry in charge of migration issues, told AFP on Friday, met at a migrant center in Khoms. The victims were transferred to this center, pending “finalizing the burial procedures”, he said.

On Thursday, the lifeless bodies recovered or washed up were lined up on the shore, with some still wearing life jackets. The survivors huddled under blankets, their eyes betraying exhaustion and worry. Aid workers distributed water and food packages.

After the two shipwrecks, IOM called for “reestablishing rescue at sea” and “ending the detention of refugees and migrants in Libya”. Since the start of the year, more than 11,000 people have been returned to Libya, “at the risk of exposing them to human rights violations, detention, abuse, (human) trafficking and trafficking. ‘exploitation,’ IOM accused.

Despite persistent insecurity, Libya remains a major route for thousands of migrants, largely African, who fled desperation, poverty and corruption in an attempt to reach Europe, often at the cost of a long and haphazard odyssey. .

Settle the conflict to “prevent these tragedies”

Smugglers and traffickers take advantage of the chaos in this Mediterranean country located some 300 kilometers from the Italian coast. At a time when mediations are multiplying to break the deadlock in this country of some 7 million inhabitants, a settlement of the conflict appears essential to prevent migratory tragedies.

This is “another horrific migrant tragedy, another reminder of the need for a resolution of the conflict now, in order to focus on preventing tragedies like this,” the United States Embassy responded in Libya, relocated to Tunis like the majority of chancelleries in this country. “We must work together to prevent these horrific events from happening again,” commented European Ambassador to Libya Jose Sabadell.