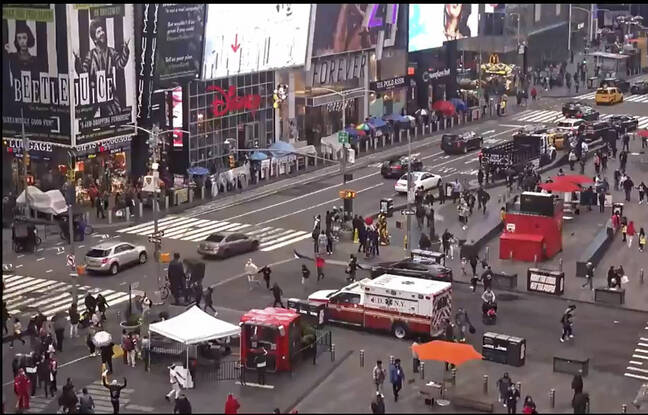 A shooting still makes the headlines in the United States. This time it took place on Saturday afternoon in Times Square, New York. Two women and a four-year-old child were injured in the attack for still unknown reasons.

The shootings took place just before 5 p.m. at the crossroads of 7th Avenue and 44th Street, a New York police spokesperson said. The three victims were hospitalized in a Manhattan hospital. Their life is not in danger, added the same source.

The mayor slays “the flood of illegal weapons”

No arrests have yet been made, and police said the “investigation was still ongoing”, without giving further details. Fortunately, these innocent passers-by are in stable condition, for his part tweeted Mayor Bill de Blasio. “The perpetrators of this violence are wanted and the police will bring them to justice. The flow of illegal weapons arriving in New York must stop, ”he added.

According to a recent report by the Times Square Alliance, an association of neighborhood merchants, the area recorded 25 violent crimes in the first quarter of 2021, compared to 17 over the same period of 2020. At the end of March, the video recording of an assault on a Sixties of Asian origin in the neighborhood had deeply shocked. A man with a heavy judicial record, who lived in a hotel near Times Square that had become a reception center for the homeless, had been arrested and charged.

Times Square, before the pandemic one of the hotspots of tourism in New York, has changed since theaters all pulled the curtain in March 2020. They must nevertheless start to reopen on September 14, and the mayor of New York recently announced a major campaign to revive tourism from June.

Shootings in New York have increased sharply since the summer of 2020. According to the latest official statistics, the city recorded 149 shootings in April, against 56 in April 2020 (+ 166%). Crime in general was up 30% over the same period. These bad figures fall as the primaries for the municipal election will open in six weeks.