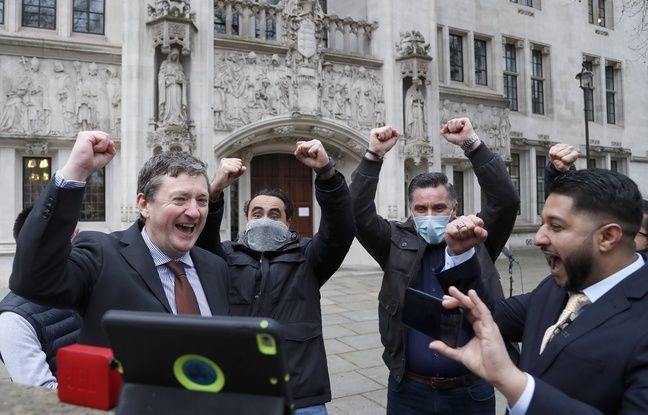 This is a world first for the American company. Uber will grant its British drivers the status of salaried workers, with minimum wage and paid leave, amidst the upheaval of the model of digital platforms in the United Kingdom.

The American car reservation giant announced in a statement Tuesday that all of its more than 70,000 drivers in the country will benefit from these advantages as of Wednesday. This is a sea change for Uber, whose drivers until now have been self-employed.

After a court decision

The platform acted quickly after launching a broad consultation with its drivers and just one month after a resounding defeat in the Supreme Court. The highest British court ruled on February 19 that drivers could be considered “workers” and therefore benefit from social rights.

Justice ruled in favor of a group of twenty drivers who felt they were entitled to worker status, given the time spent connected to the application and the control exercised by the group, for example on their evaluation. British law distinguishes the status of workers, who can receive the minimum wage and other benefits, from that of employees in the strict sense (employees), who benefit from a formal employment contract. .

Now Uber drivers in the UK will be paid at least minimum wage, will be entitled to paid time off and will be able to contribute to a retirement savings plan, to which the company will contribute. The UK minimum wage is 8.72 pounds an hour, and is set to rise to 8.91 pounds in April. An Uber driver earns more than that on average – £ 17 in London and £ 14 in the rest of the country.

All drivers will always be able to work with Uber whenever they want.

These benefits are in addition to those already existing, such as free access to health insurance, as well as compensation for parental leave.

Uber does not disclose the cost of these measures, which should weigh a little more on the fragile finances of a company not yet profitable and in a bad way with the health restrictions. The group should absorb part of the cost because it can hardly increase its prices, especially in London where competition is fierce.

In any case, it has not changed its financial forecasts on its adjusted gross operating surplus for the year, according to a stock market document. But by granting the status of salaried workers, the company avoids lengthy legal proceedings. Uber is only making this move for the moment in the UK and will now look market by market at how it can evolve its model.

Managing Director Dara Khosrowshahi made a series of proposals to governments and unions in Europe in February. The objective is to guarantee transparent and fair remuneration to drivers and to offer them more advantages. Uber wants to replicate in Europe what it has proposed in California, namely independent drivers but who receive compensation.

In France, drivers are self-employed, even if in 2020 the Court of Cassation recognized a former driver as an employee.